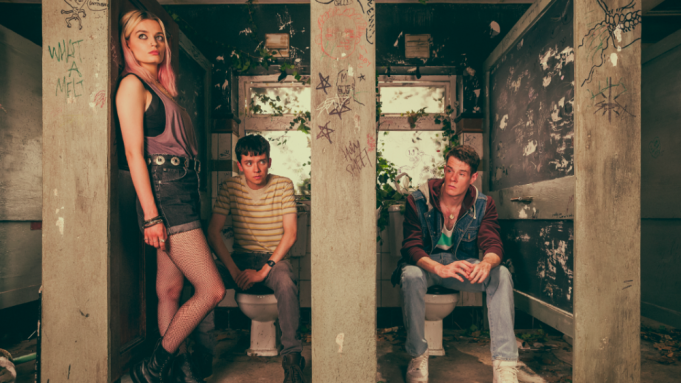 Netflix has announced production on the third season of hit comedy “Sex Education,” dropping a behind-the-scenes video on Wednesday of the cast back at work in Wales.

The two-minute video begins with star Gillian Anderson tinkering with a thermostat and is followed by Asa Butterfield deciding which board games to bring on set and then donning a face mask before saying goodbye to his cats.

Later, Chris Jenks’ reverie in a bathtub is rudely interrupted as an alarm goes off and he packs in a hurry, slapping a ‘3’ onto a backpack marked “Sex Education 2.” Connor Swindells proceeds to a costume fitting, where, suitably masked, he channels his inner Indiana Jones.

Then, Jojo Macari says he’s got to get back to school before executing a pratfall on a skateboard, followed by Chinenye Ezeudu clutching a Season 3 script and Tanya Reynolds packing a toy seahorse. Chaneil Kular shows off a head plaster of Paris cast with the promo hinting at a spoiler.

The promo continues with Anderson sporting a pillow, saying, “That’s me pregnant, as Jean,” and ends with Alistair Petrie packing a Season 3 script into a case along with several candy bars and walking away with a “kick me” sign taped to his back.

At the BAFTA TV awards earlier this year, writer Laurie Nunn was nominated in the breakthrough talent category and Ncuti Gatwa was nominated for male performance in a comedy program.

“Sex Education” is produced by London-based Eleven, that was acquired by Sony Pictures Television in July.