Continue to Variety SKIP AD
You will be redirected back to your article in seconds
Nov 12, 2020 4:47am PT

Spanish writer-director Mateo Gil, co-writer of long-time collaborator Alejandro Amenábar’s Oscar-winning “The Sea Inside” and breakout international hit “Open Your Eyes” – adapted by Cameron Crowe as “Vanilla Sky” – is getting ready for the Nov. 13 launch of his first series, Netflix Original “Minions of Midas.”

Based loosely on Jack London’s 1901 short story “The Minions of Midas,” the series turns on wealthy and influential businessman Victor Genovés (Tosar), who is, for no immediately obvious reason, being blackmailed for an enormous sum of money. Not targeting the mogul himself or anyone he knows, an organization calling itself the Minions of Midas kill a random person somewhere in Madrid each time Victor refuses to pay. The hits get more elaborate as time goes on and the body count rises, forcing Victor to consider what his own wealth is worth.

Gil spoke with Variety ahead of the series premiere about updating a century-old classic, the aesthetics of a political thriller and… werewolves.

You’ve adapted a 120-year-old story from the U.S and dropped it in modern-day Madrid. What was it about Jack London’s original story that you wanted to explore?

It’s an incredibly short story, only seven or eight pages, and it’s a kind of warning about this monster that is gestating within capitalism, a cancer that is already inside us and must be treated. It discusses our relationship with money and property. Property is a curious concept that is very rarely spoken about. It’s as if, since the fall of communism, there is an intellectual modesty which keeps us from discussing ownership. From there, it got me thinking about our responsibility for the crimes committed so that we can live with the wealth we have.

Series are emerging as a favored medium for book adaptations, but with such a short story, and your history working in film, did you ever consider this project as a feature?

In 2001, Miguel Barros told me about this story and we started writing a screenplay right away. We even went into development with the project, working with a production company on two different versions of the story. In the end, it just wasn’t working as a film because of its length. Another main reason the project didn’t get made at that time was that the financial crisis of 2008 hadn’t happened yet. The crisis changed a lot of perceptions about the world we live in and our relationship with wealth. There was a sense of injustice in the distribution of wealth, and I play with things in this series that are better reflected by the reality we are living in today.

The narrative influence here is more than a century old, your version is ultra-modern, but aesthetically and stylistically this series harkens back to political thrillers from the mid-20th century. Can you talk about how you wanted your story to look and feel on the screen?

Political cinema from the ‘60s and ‘70s was a key influence on how we wrote this series, and many of our visual references in setting the tone of the shoot were from those films. At that time, most cinema was quite political and explored moral dilemmas, and that always delighted me. But another significant influence in the writing were werewolf movies. That moment in a werewolf film when the girl learns her boyfriend is a monster, I kept going back to that while writing this series.

The roots of this series are older than Netflix is as a company, so how and when did it get involved, and what made it the right home for “Minions of Midas”?

Netflix has been involved since the beginning of this version of the project. I proposed it to them as a miniseries in 2018, they suggested Nostromo Pictures to produce it and from then everything happened very quickly. A year and a half for writing, development, production, and now we’re ready to release before the end of 2020.

When you say it like that it sounds so easy!

Not at all. To make a miniseries in that amount of time requires working long hours. It’s been exhausting. We produced 300 minutes of fiction in only 20 months. That’s very complicated. 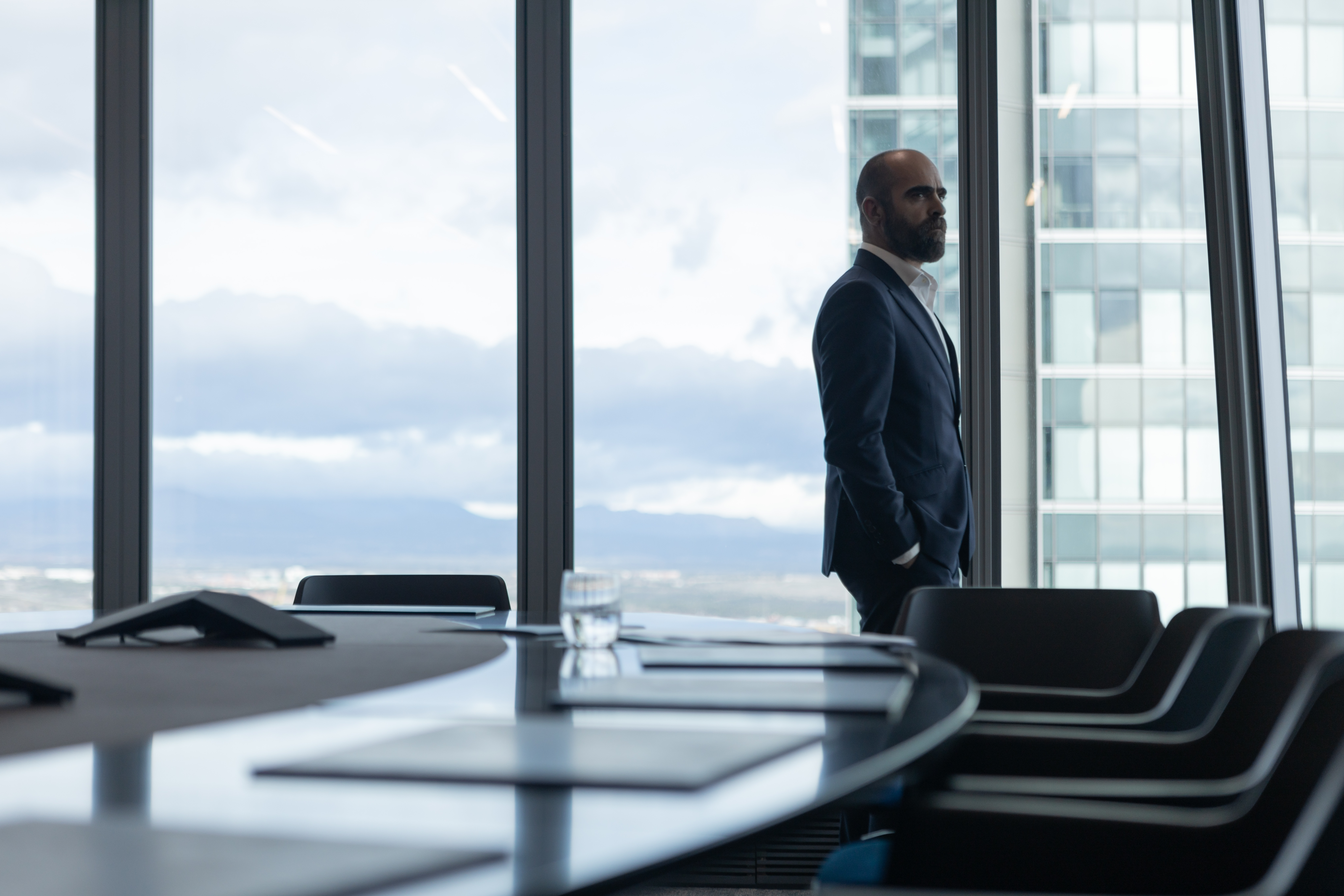