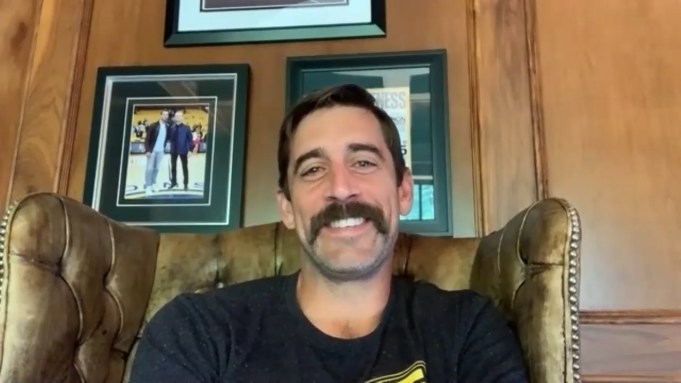 Here are the top highlights from Variety’s Sports & Entertainment Breakfast:

Aaron Rodgers On Having The Uncomfortable Conversations For Change

“At the root of the anthem issue, at the root of kneeling, at the root of what we’ve seen across the country with some of these killings is a conversation that’s uncomfortable for people. I think that’s the first step towards growing — is to just admit that this makes me feel uncomfortable,” said Rodgers. The athlete spoke of engaging in challenging conversations, in light of the events leading up to the Black Lives Matter movements, and encouraged the audience to also take action. The Green Bay Packers quarterback tied this sentiment to his outlook on retirement, sharing that he has been planning ahead for the big moment, seeking active involvement in the media industry.

Kevin Love: Use Your Platform For Good

Love, a five-time NBA champion, urged athletes to use their platform to empower young people who are losing the valuable experience of physically interacting and engaging with one another. A renowned mental health advocate in the industry, the former athlete also gave a shoutout to Chris Paul and LeBron James for their support for underserved communities. “I grew up admiring Charles Barkley — I grew up loving those guys and hanging on to their every word, so I looked at them as superheroes,” he said. “There’s a driving force — we can really use [the NBA] as a platform to do good.”

Cathy Engelbert Explains How The WNBA Maintains The “Player-First League”

Joining the virtual event from the WNBA drafting room, Cathy Engelbert echoed the league’s emphasis on hosting a “player-first league.” She said her team kept their promise to focus on the health and safety of players during WNBA’s first virtual draft in the league’s 24-year history. With players, coaches and referees being constantly tested, the league has also prioritized women athletes’ need to take leave in order to look after their loved ones.

How Netflix’s ‘Cheer’ Broke The Mold on Sports Documentaries

During the sports storytelling roundtable, Whitely, the executive producer of “Cheer” and “Last Chance You,” said he never considered his work as “sports-first documentaries.” Rather than trying to match the quality of live-cut football games on the field, he zoomed in on the personal stories of athletes. “If you look at the artistry in just a college football game on ABC on a Saturday afternoon — its live-cut, it is a beautiful demonstration of how to build drama, how to build suspense,” he said. “I think there are so many stories that are happening just outside the lines, and these people that are attracted to playing these sports, I think, come hardwired with a certain type of personality that becomes compelling.”