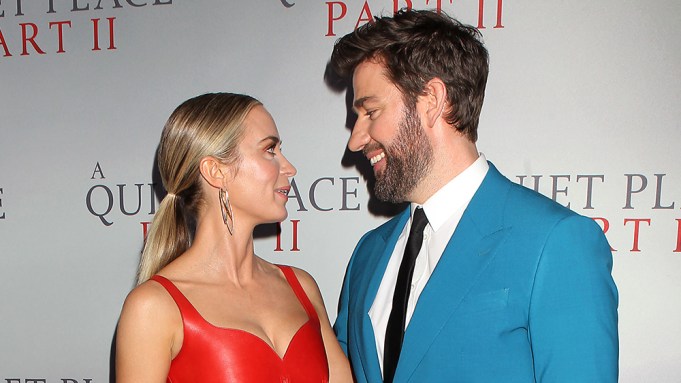 John Krasinski had reservations when Paramount, the studio that released his 2018 surprise hit “A Quiet Place,” approached him to make a sequel.

The first film, a thriller about a family forced to live in silence to hide from creatures that hunt sound, was a cinematic rarity, meaning it wasn’t just adored by critics, it became a certified box office smash. Krasinski was concerned that a follow-up wouldn’t be able to recapture the same lightning-in-a-bottle success, so much so that he told the studio to find another writer and director.

“We were both really reluctant and unnerved at the idea of trying to do another one,” Emily Blunt, Krasinski’s wife in real life and on screen in “A Quiet Place,” told Variety on the red carpet at Sunday night’s premiere of “A Quiet Place Part II” in Manhattan. “A lot of people came into the studio and tried to pitch ideas and we were both like, ‘We’re not going to do it.'”

But Krasinski changed his mind three months after “A Quiet Place” was released, after coming up with a specific idea for part two. The second installment, due in theaters on March 20, picks up after the events of the first movie and follows the surviving members of the Abbott family — Evelyn (Blunt) and her children, Regan (Millicent Simmonds), Marcus (Noah Jupe) and a newborn baby — as they are forced to face the terrors of the outside world. Krasinski, whose character (spoiler alert!) sacrifices his own life for his children in part one, appears in the follow-up through flashbacks. He said finding an organic story, something personal to the filmmaker, is essential to making a good movie — sequel or not.

“I had this small idea, which was to make Millie the lead of the movie,” Krasinski said. “Not only did I think she would give an amazing performance, which I knew she could do, her character opens the door to all the themes I was dealing with in the first movie.”

Simmonds said Krasinski called her and her mom via FaceTime to pitch her on “A Quiet Place 2.” Simmonds, a deaf actress who communicates through American Sign Language, said she helped Krasinski improve his ASL skills while working on the second film.

“We communicate really well,” Simmonds told Variety through an American Sign Language interpreter. “We already had an ease in communication, but we shared so many moments where we’d have conversations about a scene. The sequel really shows you a different perspective.”

There was one sequence in particular, the movie’s edge-of-your-seat opening scene that transpires before the events in the first film, that ultimately sold Blunt on the sequel.

“He pitched me the opening, and I was like, ‘Oh my god.’ [It was] undeniably great, and I realized I would have been an idiot not to want to be in that opening sequence,” Blunt said. “We had to surrender to the idea that we wanted to do it and lose our snobbery.”

To combat that particular gripe, Blunt said it was important to avoid feeling like they had to outdo the original film.

“You shouldn’t think of it as being comparative,” Blunt said. “You’d want it to match and be loyal to the tone of it. Our world expands and gets bigger, but it has the same intense muscularity of the first one.”

She adds, “We had to recognize what people wanted to see, which was not necessarily a whole other side of the world and what happened there, it was what happened to this family next. We just approached it as a page turn.”

For Krasinski, it was key to treat the film as a continuation rather than a sequel.

Like the original movie, silence is key to survival. Its quiet nature means that any gasp, shriek or crunch coming from audience members can reverberate throughout the theater. That being said, there’s at least one concession stand item that Krasinski recommends patrons avoid for this particular film as a courtesy to fellow moviegoers.

“I just found out recently — soda with ice. Get your soda without ice,” Krasinski warned. “I found out that the pickup, it’ll get you.”