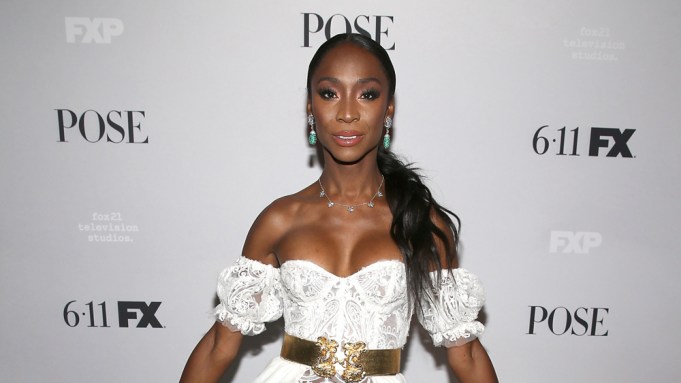 “Pose” star Angelica Ross understands what it’s like to struggle, to be homeless and not know where your next meal’s coming from.

But nothing was going to stop her from pushing forward with TransTech, her now-six-year-old organization that provides job training and professional support for transgender men and women, and people who identify as non-binary and gender non-conforming.

“What people didn’t realize was when I had the office in Chicago for TransTech, when we closed, I worked late nights so that I could out-stay the security so that they didn’t know that I was sleeping in the office,” Ross tells Variety from her home in Atlanta. “And that when I would wake up in the office, I would go to the LA Fitness gym to take a shower and to get ready and change and come back and do these things. I sacrificed so much for myself to make TransTech a thing, but I did so knowing I was somebody who makes a bet knowing they’re going to win.”

She wants to inspire others in the trans community to have the same drive.

“That’s the type of gambling that I want to encourage within my community, is betting on yourself in a way that you’re willing to eat ramen noodles,” says Ross. “You’re willing to be in certain circumstances because you’re betting on yourself. You’re not going to have that return on investment right away, but this kind of return on investment, not saying that I’m living all that, because I’m not all where I want to be, but I’m calling the shots in my life.”

Before “Pose” rocketed Ross into the Hollywood spotlight, she was a self-taught computer programmer. “I couldn’t afford college or these expensive bootcamps and all that kind of stuff,” she says. “So really, to be honest, this speaks to the resilience of being a black trans woman, because the reality is, did I seek out to be a computer programmer? No. I sought out to get my breast implants paid for. I sought out to start being able to pay for my hormones because I was constantly being fired from a job.”

Ross, who is getting ready to shoot Season 10 of “American Horror Story,” smiles when asked to recount some of TransTech’s success stories. She tells the story of Aryah Lester, a formerly homeless trans woman in Miami who is now making six figures and running a multi-million dollar fund for nonprofits.

“I just get teary-eyed every time I talk to her, because she’s the reason, she’s exactly the reason why I’m doing what I’m doing,” Ross says. “Because there’s so many girls who either one, don’t know their value yet; or two, have just been tricked out of it; or three, haven’t had the opportunity to show what they got.”

Variety‘s interview with Ross will serve as TransTech Summit’s keynote conversation. Watch it in its entirety above. For more information, go to transtechsocial.org.