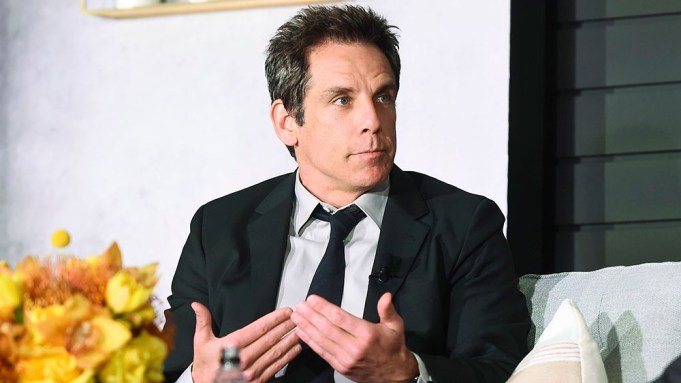 Ben Stiller was just a kid when he met a niece of Henry Winkler at school.

When she found out he was a fan of The Fonz, Winkler’s iconic “Happy Days” character, she offered to get Stiller an autograph.

“I got this picture sent to me and it was The Fonz and it said, ‘Hey, Ben, one man’s ceiling is another man’s floor—Henry “The Fonz” Winkler,’” Stiller recalls in an exclusive clip from the upcoming Holocaust Museum L.A.’s virtual 45 Minutes of Inspiration benefit.

Years later, Stiller got the chance to ask Winkler if the autograph was real. “Henry sends me back a note immediately saying, ‘It was not my signature,’” Stiller says. “Of course, I had to rethink the last 40 years of my life, but then he said, ‘I’ll send you a real one.'”

Within two days, Stiller received a framed photo of Winkler as The Fonz as well as a current one with his dogs. Both photos are signed. “This is my prized possession,” Stiller says.

Stiller used the story to illustrate one of the themes of the benefit: to celebrate life. “I am celebrating the love and generosity of heroes of ours that we get the chance to actually connect with and find out they’re even better in real life, people like Henry Winkler,” he says. “That’s something to celebrate in life. For me, learning how to celebrate the moment and just being happy with what I’ve got and where I am has been something I’ve gotten kind of better at.”

The event, hosted by Melissa Rivers, streams on Wednesday, Oct. 21 at 5:45 p.m. PT on holocaustmuseumla.org.