How to Watch 2020 Presidential Election Results and Live Coverage 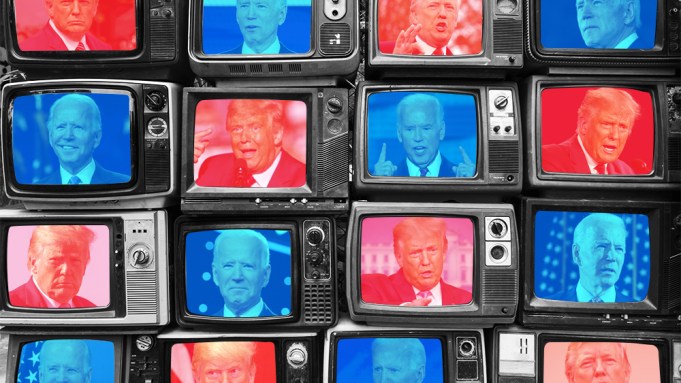 Unlike the 2016 presidential election, where many news anchors and networks were thrown by the results that propelled Donald Trump into the White House, this year’s election results coverage could strike a more measured tone, with many organizations cautious of making calls too early. In order to capture more accurate exit polls, the National Election Pool and Edison Research began interviewing voters at early voting locations on Oct. 13 on behalf of ABC News, CBS News, CNN and NBC News.

Variety has outlined a list of where to watch Election Day coverage, from broadcast to streaming. Don’t worry — if you’d rather practice the art of avoidance, head over to our helpful What to Watch if You Don’t Want to Watch the Election post.

CBS News will be broadcasting election night coverage from its new election night studio in Times Square, with updates throughout the day and a special election night edition of “Red & Blue” streaming at 5 p.m. ET. Beginning at 7 p.m., CBSN will also have continuous coverage with exit poll analysis and up-to-the-minute calls from the CBS News Decision Desk.

MSNBC began coverage at 5 a.m. ET, which will last throughout the entire day, with live broadcasting beginning at 6 p.m. from New York.

For Spanish-language viewers, Telemundo will begin primetime coverage at 7 p.m. ET, which will also be streamed on NoticiasTelemundo.com and the network’s mobile app. Univision News’ special election coverage, “Destino 2020 Presenta: La Gran Noche,” begins at 7 p.m. ET and will be streamed live across the network’s digital platforms. Univision will also provide special coverage on Latinx elected officials and the Latinx vote in a special segment called “El Poder Latino.”

For election coverage, many major cable news outlets will forgo requiring sign-ins with a pay-TV provider to stream live updates. From Tuesday to Wednesday, you can watch on CNN, NBC News, ABC News and CBS News websites for free.

Other options include The Washington Post’s livestream show, “Post Live Election Daily,” which launched Oct. 28. It will kick off coverage with a special report at 7 p.m.

If you’d rather read up on updates, the New York Times and NBCNews.com are among outlets that are live-blogging. ABCNews.com has teamed up with FiveThirtyEight to post interactive content throughout the day.

To combat voter disinformation, incitement to violence and election fraud, social media outlets are gearing up to add to their regular moderating policies.

Facebook plans to label any posts from candidates claiming premature victory and direct users to its Voting Information Center, where they will see live results from the National Election Pool and Reuters. Once polls close, Facebook will also notify users that votes are still being tabulated and direct them to the information center.

Twitter also said it will label or remove similar posts and make it more difficult to retweet a controversial message. The site will also direct users to election information that will report results from state election officials or at least two authoritative national news outlets.

TikTok announced that it will also reduce the visibility and spread of premature claims to victory and direct users to AP election results.