What to Expect at Trump and Biden’s First Presidential Debate 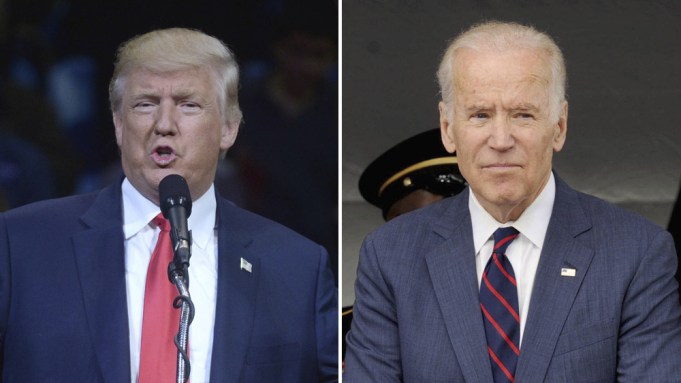 Here are some key things to watch in the first matchup:

The “Fox News Sunday” host will do the moderating. Frank J. Fahrenkopf, Jr., one of the co-chairs of the Commission on Presidential Debates, said that Wallace’s job is to facilitate the discussion, but not to fact-check the candidates. Wallace himself said that he aimed to be “as invisible as possible.”

But when he hosted the final presidential debate in 2016, Wallace did do some fact-checking within his questions. At one point, he told Trump that he had said things about the conflict in Syria “which were not true.” He also asked a few pointed follow-ups, most notably when Trump refused to commit to a peaceful transition of power.

Wallace also had his hands full simply keeping order amid a torrent of words, as both Trump and Hillary Clinton talked over him at various points. Early on, as Trump kept interrupting him, Wallace said, “I’m not a potted plant here — I do get to ask some questions.” Overall, Wallace got high marks for keeping the discussion moving.

In recent interviews with both Trump and Biden, Wallace has been polite but firm, often following up with pointed questions.

Biden has been fantasizing about a confrontation with Trump for years, once saying he’d like to take Trump “behind the gym.” And Biden has proven that he can be an aggressive debater. After President Obama gave a listless performance in his first debate with Mitt Romney in 2012, Biden revived Democrats’ spirits with an energetic debate against Paul Ryan. He interrupted Ryan dozens of times, pointing his finger or laughing at him.

But in the 2020 primaries, Biden seemed at times to have lost a step. He would sometimes stop before his time was up, or stumble over his words. At one point he advised parents to “make sure you have the record player on at night” for children. Trump has been name-calling Biden for months, calling him “Sleepy Joe,” and has in recent days has suggested that he’s taking drugs.

Biden, meanwhile, has been mostly hunkered down in Wilmington preparing for the debate. His energy level will play a significant role in shaping the storyline coming out of the evening.

The New York Times published a late-September surprise on Sunday afternoon, revealing that Trump paid just $750 a year in taxes in 2016 and 2017, while claiming millions in losses on his golf courses. The bombshell also included little details, like Trump’s $70,000 deduction for hair styling, that can become easy political fodder.

Biden has yet to respond to the report, and appears unlikely to do so before the debate. It does present an opportunity for Biden to make his class-based argument, pitting himself as the representative of Scranton against Trump’s “Park Avenue.”

The only question seems to be when the issue will come up. Wallace could lead off with it, if he thinks it’s newsy enough to displace the previously announced topics. Or he could tuck it into a pre-planned discussion of the economy or the “Trump and Biden records.”

In 2012, Obama failed to bring up Romney’s dismissal of 47 percent of Americans during their first debate. Biden won’t want a repeat of that. If Wallace does not bring it up, Biden surely will.

The death of Ruth Bader Ginsburg, and the Senate’s rush to confirm Amy Coney Barrett, have also dominated the campaign lately. In keeping with his recent remarks, Biden is likely to emphasize the danger to the Affordable Care Act, which he can also tie to the pandemic. The Biden campaign has been less focused on the threat to Roe v. Wade, though vice presidential nominee Kamala Harris did talk about Barrett’s opposition to abortion in a speech on Monday.

Biden has refused to say if he would support expanding the Supreme Court if Democrats take over the Senate in January, and so should expect to be grilled about that.

Trump is proud of his judicial appointments, and happy to have a fight about them. Earlier in the campaign, his team attacked Biden for not releasing a list of Supreme Court nominees. But Trump has been coy about Roe v. Wade, saying it would be inappropriate for him to discuss that with Barrett.

The fact-checkers likely will be at their busiest during this portion of the evening, which has the potential to descend into incoherence.

Trump has been promising a vaccine, saying 10 days ago that “we essentially have it,” and that once it is in hand distribution will begin within 24 hours. Biden has said that he will wait to see what scientists say about any vaccine, and will not take Trump’s word, prompting Trump to call him an anti-vaxxer.

Trump has also been known to spin discussion of COVID-19 into attacks on China, and to go from there to attacks on Hunter Biden’s business dealings.

Biden will likely emphasize the death toll — over 200,000 in the U.S. — and tie the discussion back to the Affordable Care Act. Biden may also bring up Trump’s comments to Bob Woodward acknowledging that he “wanted to always play it down.” It could get particularly acrimonious around the issue of masks, as Biden has called for a national mandate while Trump has held indoor events without masks.

In 2016, Trump often blamed Clinton for policies of her husband’s administration, such as NAFTA, or for remarks she had made that had aged poorly, like her 90s-era talk of “super-predators.” With Biden, he has a much longer record to attack.

Trump has taken to saying that Biden has been around for 47 years, and is responsible for decades of industrial decline. As Biden’s opponents did in the Democratic primary, Trump can be expected to dig into the historical record to try to keep Biden off balance. In the primary debates, Biden was not especially nimble on defense.