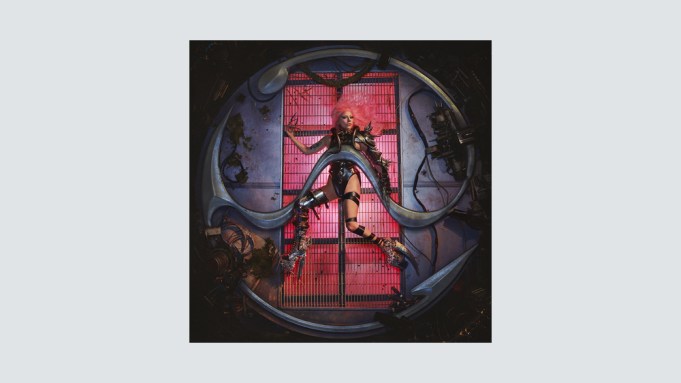 For all the reinvention and rejuvenation Lady Gaga has shown over the past few years — her acclaimed acting debut in “A Star Is Born,” her duets with Tony Bennett, her show-stopping concerts, ranging from innovative Las Vegas residencies to a stellar 2017 Super Bowl halftime performance — it’s hard to escape the fact that her last few albums have been wildly uneven. “Artpop” was a musically anemic debacle that included a (since-removed) duet with R. Kelly; “Joanne” was a hesitant move into singer-songwriter terrain, half of which didn’t even sound like her; and although the “Star Is Born” soundtrack and its hit “Shallow” brought her an Oscar and Grammys and returned her to the charts’ upper reaches, the songs essentially are performed by Ally, her character in the film, rather than Lady Gaga. The songwriting drought is something Gaga seemed to acknowledge in the setlist for her stunning SiriusXM concert at New York’s Apollo Theater last year, which featured exactly one song from each of her last three albums — and 11 from her first three, “The Fame,” “Fame Monster” and “Born This Way.”

So “Chromatica” isn’t just an album that’s being launched into a world very different from the one in which it was created (as the coronavirus pandemic gripped North America and Europe, Gaga decided to delay the album from its original April 10 release date), it’s also a reboot for the singer’s musical muse. Her status as a world-class singer and Olympic-level performer is beyond question — but can she still make an album filled with songs that measure up to that talent?

Let’s just say that Gaga has doubled down on the answer to that question, returning to the dancefloor that spawned her and emerging with her best album since “Born This Way” — and possibly, song for song, her best yet. “Take me on a trip, DJ, free my mind,” she sings in the “Alice in Wonderland”-themed opener, “Alice,” and follows with punch after punch after punch, packing 13 solid songs into just 43 minutes (along with three orchestral interludes that split the album into loose chapters); it’s compact and concise, with only one song breaking the four-minute mark, seemingly — and successfully — designed to leave the listener wanting more.

But even though nearly every song on “Chromatica” has a four-on-the-floor, butt-thumping beat, the songs themselves are remarkably varied in many other ways. It’s pure, joyous dancefloor pop — the acoustic instruments and country flourishes of “Joanne” and “A Star Is Born” are nowhere in sight; there isn’t even much piano — but with a melodic sophistication and emotional depth that her more recent songs have lacked. And there’s enough musical ear candy to keep fans engaged for months, particularly snapshots from the history of club music: There are flashes of ‘70s disco, house, new wave and electro (particularly on the bouncy “911,” with its vocal nod to Lipps Inc.’s 1980 smash “Funky Town” in Gaga’s trademark robo-dominatrix voice), and vintage Madonna looms large over the entire album — in fact, one could say this is the album Madonna fans have been wishing (in vain) that she would make for many years.

Although there are a couple dozen sonic cooks in the kitchen — hitmakers Max Martin, Justin Tranter, Ryan Tedder, Skrillex, Rami Yacoub and others all make drive-bys — the album’s songwriting and sonic foundation is in longtime collaborator Bloodpop (who’s also crafted hits for Justin Bieber, Britney Spears and Madonna) along with Ely Rise and Tchami. They give the album consistency and sonic unity, even as the songs wander thematically and melodically all over the map.

And even though “Chromatica” uniformly feels good, with lyrics about freedom and release and love and self-empowerment, the occasionally dark subject matter is reflected in melancholy melodic and musical touches. “Free Woman” has a liberating and empowered feel and a rousing chorus, but Gaga said in a recent interview it’s about not letting a past sexual assault define her. “Fun Tonight” is about breaking up a toxic relationship — the exact opposite of what the title makes it sound like it’s about — and never quite bursts into the ecstatic drop that its music seems to suggest is coming. “Plastic Doll” (“I’m no toy for a real boy”) features an almost Taylor Swift-ish segment of mean-girl mockery in the middle.

Indeed, “Chromatica” is a very female and feminine work — when Elton John suddenly appears on track 13, as the only male voice on the album, the first reaction is “What’s he doing here?” (that’s no slight to Elton’s stately vocal performance). And while Ariana Grande and K-pop titans Blackpink light up the songs where they contribute, it’s Gaga’s show all the way.

At the time of this article’s publication, a Gaga rep had not confirmed whether or not this album was altered, musically or lyrically, out of respect for the pandemic (the line “We can party like it’s B.C.” on the thumping closer, “Babylon,” takes on a presumably unintended “before coronavirus” double meaning). But it’s safe to say that “Chromatica” will be the soundtrack for countless quarantine parties in the coming weeks. Gaga is a remarkably strong artist, personality and persona, but her past few albums often seemed uncertain — even “Born This Way” sometimes felt like it was going off the rails. But now she sounds like she knows exactly who she is, what she wants to say and how she wants to say it — and with “Chromatica,” she’s laid a rock-solid foundation for the next phase of her remarkable career.