Continue to Variety SKIP AD
You will be redirected back to your article in seconds
Aug 10, 2020 8:05pm PT

The ad sponsored by MeidasTouch targets the LGBTQ+ community. 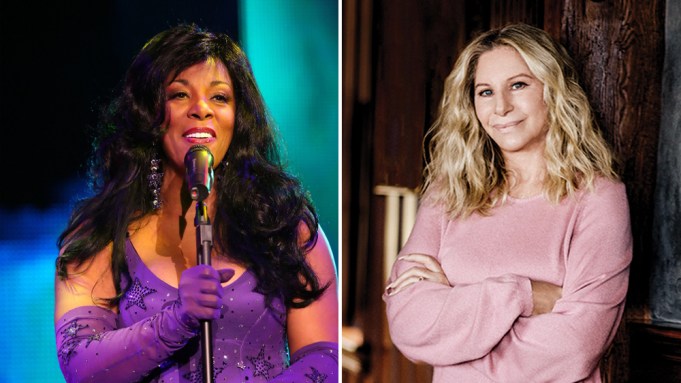 MeidasTouch, a progressive Democratic PAC founded by brothers Ben, Brett and Jordan Meiselas, has released an LGBTQ+-targeted ad under the banner “Enough is Enough.”

The group has partnered with Vote Proud, a voting initiative for the LGBTQ community founded by Bruce Roberts, Lisa Halliday and Jake Resnicow and co-chaired by Sharon Stone, Elton John and David Furnish, Billy Porter, Sean Hayes, Andy Cohen, Lisa Rinna and Laverne Cox, among others.

The clip incorporates the 1979 No. 1 hit “No More Tears (Enough Is Enough),” which was co-written by Bruce Roberts and performed as a duet by Barbra Streisand and Donna Summer, who commented: “Vote Proud is thrilled to be MeidasTouch’s partner in this LGBTQ outreach. We aligned with MeidasTouch because we loved their hard-hitting persuasive videos and we felt it was important to take a stand and amplify our call to action for our community. There’s too much at stake for us not to reach and engage with the large part of the community that did not vote in 2016.” (Over 50% of the LGBTQ+ community did not vote in the last Presidential election.)

Said Roberts: “I wrote ‘Enough is Enough’ many years ago. Barbra Streisand and Donna Summer recorded it and had a global No. 1 record, selling millions. And all these years later it has become an anthem for change and equality in America today. I am proud to be working with MeidasTouch on this initiative to spread the message using my song.”

“We got the rights to the song, with Bruce’s total support — unlike the methods that Trump uses, where he does not even ask permission from the songwriters,” added Brett Meiselas. “I look forward to continuing our outreach to the LGBTQ community with Vote Proud.”