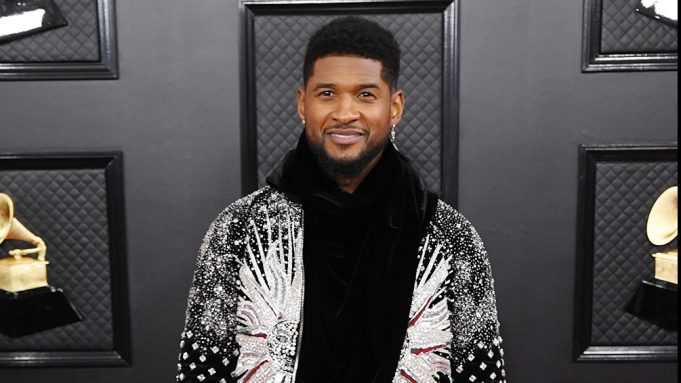 In Variety’s cover story on The Weeknd published Wednesday, the artist speaks about the far-reaching influence of his 2011 debut mixtape “House of Balloons.” In that segment, Weeknd says, “I heard ‘Climax,’ that Usher song, and was like, ‘Holy f—, that’s a Weeknd song.’ It was very flattering, and I knew I was doing something right, but I also got angry. But the older I got, I realized it’s a good thing.”

Reps for Usher did not respond to Variety’s requests for comment — but the singer is apparently working to get his point across anyway, via his collaborator Eric Bellinger’s “ClimaxChallenge” on Instagram, and comments in a Beats 1 interview airing today.

As unpacked by Stereogum, Bellinger, an R&B singer-songwriter who has collaborated with Usher (although not on “Climax”) started the “#ClimaxChallenge” on Instagram, based on the claim that Weeknd could not hit the notes that Usher does on “Climax” — although it’s not clear how that challenge might address The Weeknd’s very broad comment about the song, which was written by Usher, Diplo, Ariel Rechtshaid and Sean Fenton. Bellinger includes a video of his own take on the chorus.

#ClimaxChallenge @theweeknd For the Love of R&B Music 🎤

On Usher’s Instagram story, he posted a few videos of himself listening to different #ClimaxChallenge attempts, and sang it himself.

Big Bro jumped in to set the record straight!!! S/O to everybody participating in the #ClimaxChallenge I had to separate the fellas cause that falsetto just hit different! Ladies I got y’all comin up next. Now all we waitin for is you @theweeknd 😁

And in an interview with Zane Lowe on Apple Music’s Beats 1 that was taped Wednesday afternoon (shortly after Variety‘s Weeknd interview published) and airs today, Usher talks about the creation of “Climax” (and although he doesn’t mention The Weeknd in the excerpts released before the show aired, later he does praise The Weeknd’s fellow Toronto native and rival Drake, calling him a “young legend”).

In the comment, he speaks at length about how innovative he feels “Climax” was at the time.

“I think ‘Climax’ was one of those ones because I felt like it was so advanced in the nature of what it was,” he tells Lowe. “Me and Diplo, we were trying to do something that would raise the bar for R&B. Yeah, I made R&B hit records before and, yeah, Diplo, he could do many things. But I said, ‘Is there any way to tie these two worlds together?’ This world that was happening as an emotion for EDM, but do it in a way through using R&B. And he’s like, ‘Yo, I think that this…’ And it took me forever to be okay with letting it go, to just like, okay, offer it to the world and care not what people think, just put it out knowing that… In it, by the way, was an under story. I was literally in a relationship with a person who I wouldn’t commit to and would not get to the place of like, all right, let me commit to you and make this more than just something that’s frivolous and something that is a physical thing. And it just so happened that the climax was there too. But the reality is, the conversation in it, I was like, man, I just feel like this might be too much for people. I don’t know if they’re going to think I’m overthinking it. I just said, ‘I just feel like I should be classic R&B. I want to sing in a way that no one else does in this time over a track that I know doesn’t fit there. It’s going to freak people in R&B I and is going to freak people out who are more alternative. I think that it’s going to…’ Because people don’t sing in falsetto when you get to that level. They just don’t. They don’t go in that area. So, yeah, but that was one.”

Interestingly, Diplo — whose rep declined Variety’s request for comment — contributed a remix of The Weeknd’s smash “Blinding Lights” to the expanded edition of “After Hours,” released last week.