The Weeknd Talks About His Guest Spot on ‘American Dad’: Watch a New Trailer Here (EXCLUSIVE) 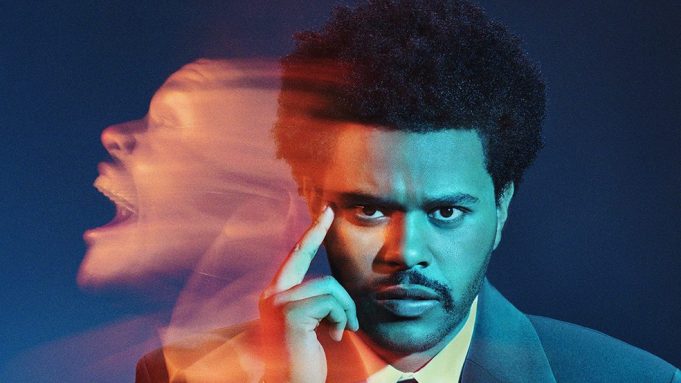 Considering his moody and at-times dark public persona, it may come as a surprise to find out that The Weeknd is a devoted fan of TBS’ long-running animated series “American Dad.” So much, in fact, that he not only makes a guest appearance in the new episode that premieres Monday night, he even co-wrote the show — and will premiere a new song, written with Asa Taccone (who also co-wrote and co-produced Portugal. The Man’s smash “Feel It, Still” and has contributed to his brother Jorma’s group The Lonely Island), specifically for the series.

Watch an exclusive preview of the show above.

Trailers and images from the episode — in which we will see “Stan abducting The Weeknd to teach Roger a lesson” — aired last week, but there are plenty of surprises in store, as he tells Variety in the exclusive interview below. The appearance is the latest in The Weeknd’s unusual but fast-growing acting resume, which includes a cameo (as himself) in Adam Sandler’s recent film “Uncut Gems,” a third appearance on “Saturday Night Live” in March, and — most impressively — his recent series of videos for songs from his new album, “After Hours,” which dropped on March 20.

(Read Variety‘s exclusive cover story on The Weeknd, and our track-by-track interview with him about “After Hours.”)

Judging by your Instagram posts, you seem pretty excited about your appearance on the show.
I’m a longtime fan of the show. I’ve been watching since high school but I really appreciated it about seven years ago. It’s been running for so long, and I feel like it has a real cult following. To really enjoy the show in its entirety you have to really know the characters.

What can you tell us about the song that’s premiering on tonight’s show?
I don’t want to say too much, because it’s a surprise for fans. Also a big shout out to Asa [Taccone], who is a f—ing genius producer/writer. Definitely will be collaborating with him more in the future.

Is the song an outtake from another project, or was it written specifically for the show?
When you hear the song you’ll understand that it’s specifically for the show. I always wanted to play a character that was the opposite of the public’s perception of me — and of course make fun of myself. Once I was given the opportunity I took complete advantage. [Writer-producer] Joel Hurwitz believed in the vision and he helped execute it beautifully.

Your acting resume is getting more and more unusual with each appearance – how do you feel this project rounded out your skills and experience?
I want to continue to create different Weeknds in alternate universes. There weren’t many challenges, as the acting was pretty straightforward. I told Joel I loved doing voices and wished I could have challenged myself more in that department, so he took me to the “Robot Chicken” studio, where [executive producer-writer] Seth Green was waiting for me. I totally geeked out and he actually let me do multiple voices on an episode coming out soon. The cartoon nerd in me jumped out that day.

What are some other shows or projects – animated or no – you’d like to work on?
“American Dad” was everything I wanted. It’s going to be hard to beat this in the TV cartoon world, but an obvious bucket list would be to work on “The Simpsons.” That would be a dream — and if they’re reading this, I actually have a pretty cool idea if they’re down.