The CD version was highly anticipated by fans because of a bonus track, "The Lakes," which has now leaked early because of the album hitting British shelves. 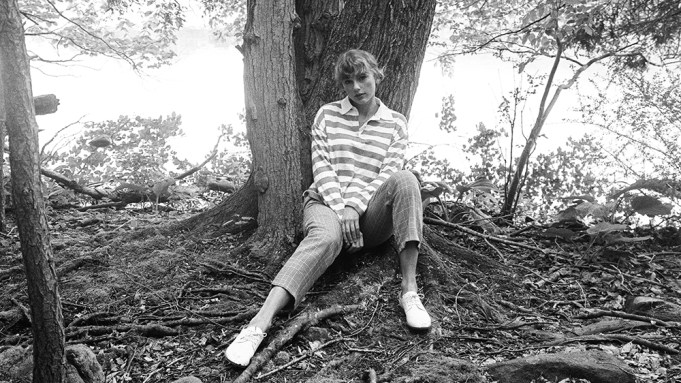 UPDATED: Confusion has reigned among Taylor Swift fans in the U.K. — and as a result, the worldwide music press — over the early release of her “Folklore” CD there, several days ahead of when it was scheduled to come out globally.

News accounts suggested the CD came out early there in an attempt to maintain Swift’s hold at the top of the U.K. album chart for a second week. But it appears that the release of the album was unsanctioned by Swift’s U.K. record label, EMI, at least initially, and that Tesco, one of the region’s biggest retailers, put it out for sale by accident.

Tesco has apparently withdrawn the CD from many of its stores. But the widespread availability of the disc meant that a bonus track that was exclusive to physical formats, “The Lakes,” leaked out ahead of its intended Friday release. Swifties are now imploring other fans not to disseminate that track before Friday, although that is a cat that is difficult to put back in the bag.

Variety has reached out to Tesco and to Swift’s camp for comment. Tesco reps said they were “looking into the matter.”

In any case, since “The Lakes” is geographically set at England’s Lake District, there is something appropriate in British fans getting first crack at the song.

Aside from the premature unofficial release of “The Lakes,” the apparently accidental CD release won’t have much effect on Swift’s album around the globe, as the basic 16-track edition came out for digital sales and streaming two weeks ago, on July 24.

However, motivations were up for question. Numerous major news outlets (including Variety) followed up on a report on the Official Charts website in the U.K. indicating that the “Folklore” CD was officially being released by EMI in the U.K. three days early to bolster Swift’s sales so that she would not lose her No. 1 chart position there.

“It gives Taylor a fighting chance of a second week at Number 1 on the Official Albums Chart,” wrote Official Charts, the company administering the chart, on its website Wednesday.

Swift has never lodged two weeks at No. 1 in the U.K. before. On the basis of a second week of digital sales and streaming alone, though, it looked as if it might give way to a strong competitor, according to Official Charts, which Monday published a story saying that “Fontaines D.C. are in pole position for Number 1 on this Friday’s Official Albums Chart.” The site said the post-punk band’s sophomore album was the week’s best-selling three days into the frame, with fans purchasing more than half the copies of the group’s “A Hero’s Death” on vinyl. That represented an unexpected upsurge for Fontaines D.C., as the group’s debut album had peaked at No. 9. Swift did have the best streaming numbers at mid-week, but Official Charts indicated that physical sales would be necessary to make up the difference.

Swift’s album rollout has been staggered in different formats because of the haste of its creation (according to its co-producer, Aaron Dessner, even her record company was unaware of the existence of “Folklore” until shortly before Swift announced it), and manufacturing had to ramp up in a hurry. Following the CD’s otherwise worldwide release this Friday, the cassette edition is scheduled for Sept. 18 and the more covetable double-LP version Nov. 27.

Physical sales did figure into Swift’s first-week figures, as she put up pre-orders for exclusive limited deluxe editions on her website for seven days only.

In the U.S., Swift is expected to have an easy lock on No. 1 in the second week for “Folklore,” even with distribution for the week limited to digital sales and streaming. Estimates for the album’s second frame see it racking up more than 100,000 in additional album units, on top of the 846,000 it collected in its debut week, putting it close to a million units for the two-week period. With no other major releases happening, the nearest competition for “Folklore” in the U.S. will be the posthumous albums by Pop Smoke and Juice WRLD.