Continue to Variety SKIP AD
You will be redirected back to your article in seconds
May 29, 2020 9:32am PT

Taylor Swift Accuses Trump of ‘Stoking Fires of Racism,’ Vows ‘We Will Vote You Out’ 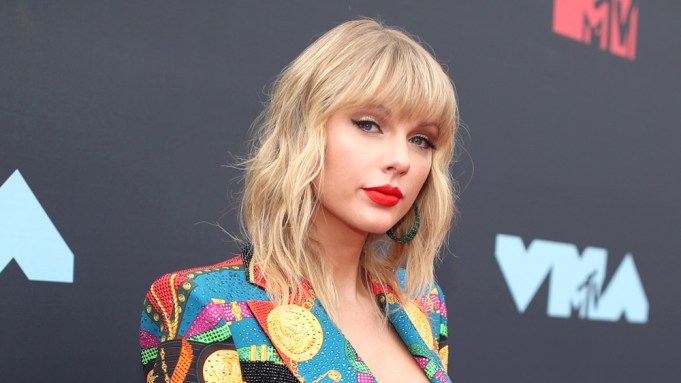 Taylor Swift has taken the gloves off when it comes to President Trump. The pop superstar quoted his risible “When the looting starts, the shooting starts” tweet, which threatened protesters in Minneapolis with gunfire — and received a warning label from Twitter that it promoted violence — before making a vow to help turn out the vote against him this fall.

Wrote Swift: “After stoking the fires of white supremacy and racism your entire presidency, you have the nerve to feign moral superiority before threatening violence? ‘When the looting starts the shooting starts’??? We will vote you out in November.” She tagged Trump’s @realdonaldtrump account.

After stoking the fires of white supremacy and racism your entire presidency, you have the nerve to feign moral superiority before threatening violence? ‘When the looting starts the shooting starts’??? We will vote you out in November. @realdonaldtrump

Jemele Hill jumped in with a retweet of Swift, adding her own appreciative, wrestling-allusive comment: “Off the top rope…”

These are the strongest words yet from Swift about Trump, who previously couched her feelings about his administration in more measured terms, taking issue with the president and his administration primarily on issues involved LGBTQ rights.

This year’s documentary “Miss Americana” portrayed Swift coming to terms with being more politically outspoken, against the advice of some in her camp.

Within an hour and 15 minutes of being posted, Swift’s message had already been retweeted more than 100,000 times, gotten 375,000 likes, and received 20,000 replies. Not all of those responses were appreciative, of course.

Some backlash to Swift’s comment was immediately evident among Trump supporters on Twitter, with one writing, “You’ve lost a lot of fans T S. Must be nice to live out of the normal every day struggles of the American people while you sit high and judge others. I’ve brought my girls to several of your concerts, never again.”

But Swift got support from fellow artists such as Rosanne Cash.