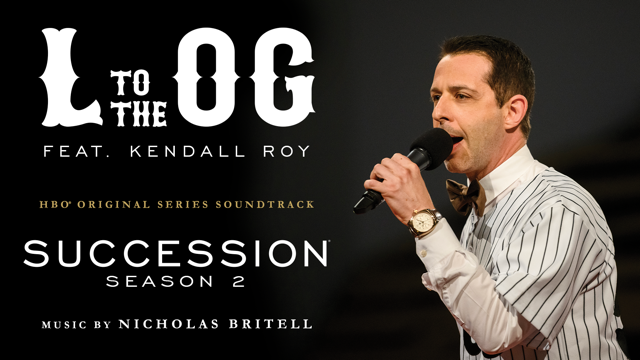 A highlight of the second season of “Succession” was the scene in which Logan Roy (Brian Cox), celebrating his 50th work anniversary, gets serenaded by his number one son Kendall (Jeremy Strong). No Sinatra or Frankie Valli here, rather  Kendall takes the stage and breaks into a rap. The nervy, unhinged and cringeworthy “L to the OG” became a phenomenon the minute it aired, with fans on social media pleading for HBO to release the full rap.

Well, their cries have been heard as the single released today (May 20) by WaterTower Music, features a finished recording by Strong and “DJ Squiggle,” aka composer Nicholas Britell. The two spoke to Variety about how the infectious earworm came to be and the hip-hop star who found himself impressed by the effort.

“L to the OG” was not originally scripted, so how did you come to learn about it?

Jeremy Strong: We were doing a table read in Glasgow, Scotland, and got to the point in the script where we were at the tribute for my dad. Some painfully awkward lines read: “Kendall does a rap. ‘Yo MC, kick it.'” And there was a lyric that sounded like it was from a bad Bar Mitzvah. I lobbied hard to cut it. I thought it was going to be stupid and let’s think of something else.

Creator Jesse Armstrong who is unswerving in his instinct said, “Let’s see what Nick Britell cooks up because he’s going to work on it.” And Nick sent me a text to see if I was around. I called him and he said, ‘Hey man, I have this beat and these lyrics and I’ll do it for you over the phone. Promise to never share the recording with anyone.” I recorded it and I’m going to drop it when we release “L to the OG.”

It was amazing and serious. I said to Nick, ‘I love hip-hop and it seems in the idiom of Kendall and the show.’ I had to pull it off.

How long did it take you to come up with the lyrics?

Nicholas Britell: Jesse reached out to me and said, “We’re going to have this sequence and Kendall is going to rap. Do you have any thoughts on what kind of beat can go with this?”

From the beginning of the show, we see Kendall rapping in the car to the Beastie Boys. That wove its way into the score because you see those hip-hop beats and elements. I wanted this to be something that felt unique to this moment. … I thought about the music that I listened to in college, what if I found one of those old beats and could it be resonant with the show. I found this old beat that had this remix that I had done of Bach’s C Minor Prelude.

I spoke to Jesse, Adam McKay and they sent lyric ideas and I put it all together and demonstrated how it could be done. What was amazing was how Jeremy took this and made it his own. It’s one thing to act, but it’s another to pull off a true rap performance. That’s a whole other skillset. Jeremy wrote the melody that you hear when Kendall is singing that sung line, ‘L to the OG,’ it was him who came up with that part of it.

What inspired the moment when Kendall salutes Logan during the performance?

Strong: It was an impulse. I didn’t plan it out. I watched a lot of rap performances and just looked at the behavior. In general, I think it’s important to never prescribe anything so I just went for it. In trying to do it well, therein lies the thing you want to look away from because it’s painful to see someone so nakedly trying to do this thing with such conviction, with all his heart and sinew. I knew it was important for me to try it and just go for it.

Were you surprised at how much of a phenomenon it became?

Britell: I had no idea that it was going to become what it has become. I thought people would be shocked by it and the risk that Kendall was taking. I’ve been getting daily messages asking if the rap was going to be on the album. The album includes the official studio version of “L to the OG” and it’s unedited.

Strong: It became apparent when people were dressed for this thing as Halloween and I did get a text from Frank Ocean that said, “L to the OG” with a crying face emoji. I took it as the highest possible compliment because he’s one of my heroes. It was small props but it meant the world.

Are we going to see Kendall rap in season 3?

Strong: I keep pitching Nick. Can we please make the Kendall quarantine mix-tape? I’m here, I’m waiting and I want to release some beats. At the Golden Globes, Jay-Z and Beyonce walked past the table, I was waiting for the moment for him to say, “Good stuff,” but I don’t think he knew who I was. … What’s so interesting, in speaking to the absurdity too of the show, Kendall is in a position where he could buy the record label because he enjoyed doing that rap. Kendall could make an album and it could be a thing.

Stream to L to the OG