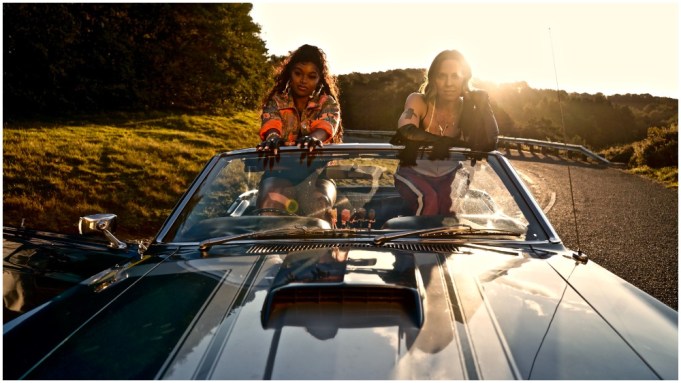 The track is from Melanie C’s self-titled eighth studio album, which will release Oct. 2 and includes the lead single “In And Out Of Love.”

The album release will be accompanied by four global livestream events titled ‘Color and Light’ that will feature Melanie C with a full band performing tracks from the album and previews from her upcoming U.K. and European tour that is currently scheduled for April and May 2021.

“Meeting Nadia was kismet,” said Melanie C, whose real name is Melanie Chisholm. “I’d seen her on Kathy Burke’s documentary series on women [Channel 4’s ‘Kathy Burke’s All Woman’] and fallen in love with her attitude. As female artists, we have to be fearless. I love this girl.”

Rose said, “It’s no secret that I’m a super Spice Girls fan so this whole experience has been very surreal. Melanie C is an incredible human being; creating with her has been nothing short of perfect. [This is a] feel-good song that makes you feel great.”

‘Fearless’ is Rose’s first collaboration since her “First Class” EP, which featured the singles “Higher,” and “Bad N Boujee.” Her 2016 track “Skwod” was a major hit, winning her a MOBO and a place on the BBC Sound of 2017 shortlist.