Hitmaking in the Age of COVID: Ricky Reed, Tayla Parx and More on Songwriting During a Pandemic 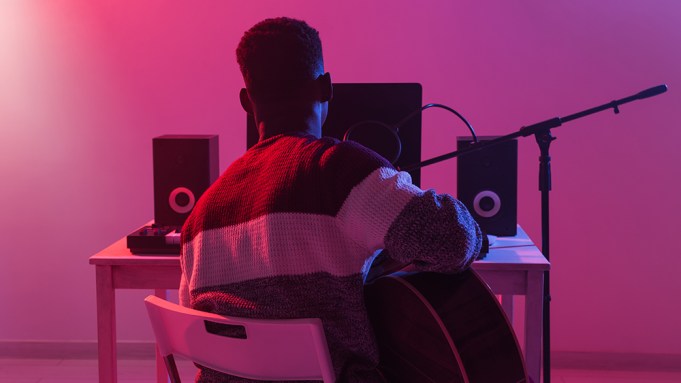 Since lockdown began in March, songwriters have needed to adapt to a digital-first world. In-person sessions largely became a distant memory, replaced by more screen-time for artists who would normally be in the studio for hours. Zoom became a way of life, leaving some songwriters yearning for the days when kicking back in the studio until 3 a.m. was the norm.

But for some hitmakers, online sessions have been a welcome change, allowing creativity to move more seamlessly and juggle their personal lives. For others, the lack of human contact has been disruptive. However, no reaction to how COVID-19 has impacted the music business has been the same.

One benefit to remote songwriting sessions has been newfound creativity, according to singer-songwriter Ricky Reed, known for his work with Lizzo, Maggie Rogers and others. “They’re writing and recording completely on their own terms,” says Reed. “All the artists that I’ve worked with remotely, the things that they’ve sent me have just been so inspired and so natural, and not over-thought or overworked.” From his viewpoint, the lack of constraints or restrictions on artists has been liberating. “The material that you get from the artist in this environment is just so much more magical,” he adds. “You just find that maybe there’s something to it, them getting to create in their own way and their own space on their own time.”

Songwriting on Zoom has also led to “a weird creative freedom” for LA-based songwriter Freddy Wexler, despite the obvious confines of COVID-19. “Co-writing remotely is still a collaboration, but it also gives you the option of disappearing for a few minutes, so you can mute yourself and turn off your camera,” says Wexler, who has penned hits for Halsey, Ariana Grande and Selena Gomez. “And sometimes in those private vulnerable moments, you think of something you might not have, had you been with other people.”

For Wexler, a moment off-screen during COVID-19 and quarantined spurred the Justin Bieber and Grande hit “Stuck with U.” After a forgettable argument one morning in their kitchen, Wexler told his wife “even though we fight [and] sometimes we can get on each other’s nerves, there is no one in this world that I would rather be stuck with. I’m so grateful that I’m stuck with you.” Almost instantly he realized if he could come up with a melody, he could make a hit. “It was just funny that during COVID-19, that idea was very serendipitous,” he says.

Singer-songwriter Tayla Parx has found using new technology a silver lining of lockdown. “I honestly have been enjoying splitting my time in half, using a mixture of Teamviewer and Zoom and all of these different things,” says Parx, who has collaborated with Ariana Grande and Normani. From her own setup, she’s been able to control the artist’s computer and help them set up home studios while she does the recording on her end. During the first phase of quarantine, though, Parx was in the process of finishing up her own album, so she knows firsthand the importance of having an inspiring space. “One of the hardest things for people to do right now is to find creativity in their home, which is the point of music studios in the first place. So it’s really been saying, ‘Okay, now that my home is my workplace, how do I make sure that I’m always keeping it creative?’”

There are, of course, pitfalls to relying solely on technology to make music. Parx has noticed “people are a lot more concerned with the speed of their internet now, because literally everything is relying on that.” The move to remote sessions was a challenge for songwriter Ali Tamposi (Kelly Clarkson, 5 Seconds of Summer), who has needed to adjust to the new digital-first music business. “You’re sort of linked up to a machine, and missing that euphoria that comes with the process of being in the studio with everyone,” she says. Working remotely also posed a slew of challenges for her. “I had some handicaps [in] areas that I needed to quickly improve on, like being able to record my own vocals and creating a safe energy in my house to work out of, because I had been working at a studio for the last six years,” she says.

And, of course, there’s Zoom exhaustion. But one upside to it has been efficient songwriting. “Zoom has resulted in some of my favorite songs being written in much shorter periods of time than I’m used to, because who wants to sit and stare at the computer all day long?” asks Wexler. That impulse to get away from the screen has made artists “more focused,” he says. “It’s like, ‘Okay, let’s write this song and then get on with our lives. Like, I want to go talk to my kid and I want to go be with my wife, you know? There’s something kind of nice about that,” he adds.

For some songwriters, working in isolation wasn’t too foreign. Ariel Rechtshaid (Haim, Vampire Weekend) has traditionally worked on albums and more conceptual projects, so he’s used to being on his own. But he found quarantine to be a “palate cleanser,” he says. “I kind of feel like there’s a new sense of purpose with the music I’m making.”

With quarantine, travel restrictions and social distancing, communication has been overhauled when it comes to songwriting. While many have relied on Zoom, Reed instead has found himself going back and forth with artists via text. “I’ve done the majority of mine through voice memos, and it’s been great, just going back and forth in that way.”

Some songwriters have even ventured into socially distanced songwriting, especially in Los Angeles, where COVID-19 tests had been more accessible than other parts of the U.S.. “As long as there’s full transparency with the people you’re working with and everyone being very responsible, it’s been possible to get together with an artist and dig in for a few weeks because we’re being responsible, and we know where each other have been,” says Rechtshaid.

Tamposi had been doing backyard sessions safely before there was a surge in cases. “It assured me that I’m still capable of doing my job and also feeling connected to the music,” she says. But she did eventually become more cautious and pivoted to Zoom.

Like Tamposi, songwriter Emily Warren — who calls herself “a little bit adverse to Zoom sessions” — had been doing some outdoor, socially distanced sessions. “I just worked with Charlie Puth, and he got tested before he came [for a session] — and we’ve all been tested,” says Warren, who has written songs for Shawn Mendes and The Chainsmokers. “There was kind of a fear surrounding it,” she says. “I think that’s the one really tricky part.”

While there isn’t a clear answer as to what the future of songwriting will look like post-COVID-19, hitmakers know that they’ll need to continue to be malleable, because no one knows when there will be a sense of normalcy again. But then again, pivoting is part of the job.

“The music business tends to adapt towards what’s happening, so I don’t really think we’re doomed here,” says Warren. “I think that we’ll figure it out, but it is interesting to know that the models that we have right now need to be changed in order to keep this business afloat.”