When ‘Birds of Prey’ Came Calling, ‘I Passed Out,’ Says Saweetie

The rapper joins Halsey, Megan Thee Stallion and Normani on the film's soundtrack. 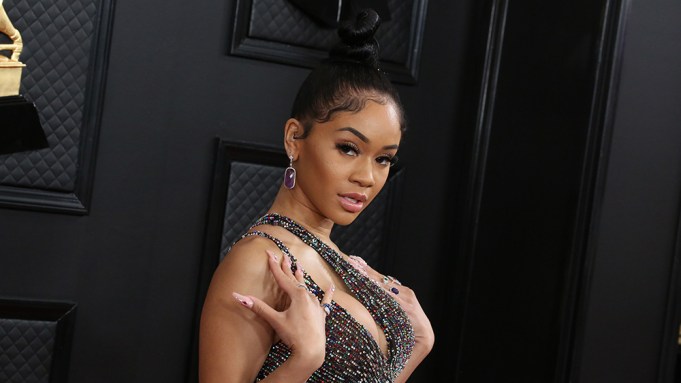 “Birds of Prey (and the Fantabulous Emancipation of One Harley Quinn),” the R-rated girl gang-driven comic book actioner starring Margot Robbie and directed by Cathy Yan, bows in theaters Feb. 7 — the same date its equally female-driven soundtrack drops. And the latter even has its own trailer.

The film’s playlist includes tracks by Megan Thee Stallion & Normani, Halsey, Lauren Jauregui and Saweetie, who said she had a comically dramatic reaction to the news that she would be included.

“Girl, I passed out,” the “My Type” rapper told Variety on the Grammys red carpet Sunday evening, with a laugh.

Saweetie teamed up with electropop singer Galxara for the track “Sway with Me,” which, from the sounds of it in the trailer, riffs on the jazz-pop standard “Sway,” the English version of which Dean Martin and Dick Stabile’s orchestra made popular in 1954.

The 26-year-old Bay Area native added that it helps that she’s already a fan of the film’s titular character, played by Robbie.

“I love Harley Quinn. I was her for Halloween. So, the fact that I was able to contribute to something that’s so monumental means everything to me,” said Saweetie, also noting that she has not yet seen the film in its entirety.

The rapper kickstarted her career on social media, posting raps to her Instagram account, on which has over four million followers. Her rapping over the beat of Khia’s “My Neck, My Back” evolved into her first viral hit ”Icy Grl” in 2017. Her song “My Type” from her “Icy” EP reached no. 1 on radio’s rhythmic format (read more about the song’s genesis here).

When asked who her “type” is now (she dates fellow rapper Quavo, one third of hip-hop group Migos), Saweetie replied matter-of-factly, “Girl, my type has always been the same: A rich man with eight-figures, and I know that’s right.”