The Weeknd Has Top Album for a Second Week, Followed by Chart Debuts for 5 Seconds of Summer, Dua Lipa, Pearl Jam 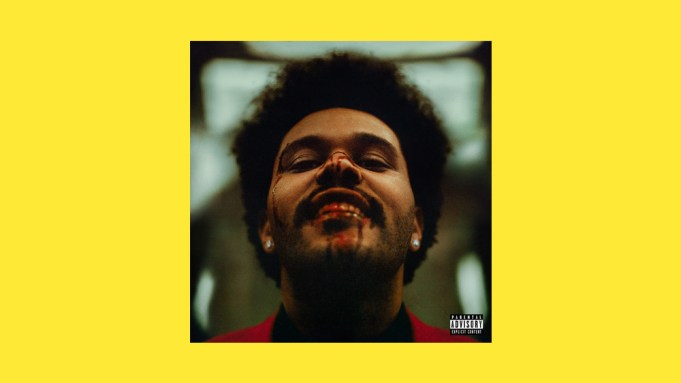 To probably no one’s surprise, the blockbuster release from the Weeknd tops the albums chart for a second week, even with big names like 5 Seconds of Summer, Dua Lipa and Pearl Jam crashing into the top 10.

The Rolling Stone chart shows the star’s “After Hours” accumulating 146,500 album units in week 2, down from 460,000 the previous week, which represented the best opening figure for the year to date. This week’s tally for the Weeknd includes 48,500 actual whole-album sales, 42,700 individual song sales and 113.9 million streams.

The Weeknd — subject of the cover story in this week’s print issue of Variety — also has the top song of the week with “Blinding Lights,” which racked up 22.7 million song streams in its seventh week out.

Back on the albums chart, 5 Seconds of Summer’s “Calm” came in at No. 2 with an impressive 144,300 album units, within spitting distance of the Weeknd. If it came down strictly to full-album sales, 5 Seconds would have been on top, because the group’s fans clearly wanted the whole thing — 122,700 sales of the complete “Calm” were registered, a rare feat these days. But the album came in second overall because of its more modest individual song sales (7,000) and song streams (21.5 million).

Strong holdovers on the album chart included Lil Uzi Vert at No. 2, Lil Baby at No. 5, Bad Bunny one spot behind that, and Roddy Ricch at No. 8.

Back on the songs chart, Ricch came in behind the Weeknd in second place with the long-running “The Box, and Lipa moved up to No. 3 with “Don’t Start Now,” its peak on this chart to date. Lipa also had her new single, “Break My Heart,” debuting at No. 11.