This year has brought unprecedented changes to the entertainment business as productions worldwide have been stalled due to the ongoing coronavirus pandemic, which makes last week’s announcement of the launch of 1868 Studios, a partnership between Latin superstar Rene “Residente” Perez Joglar and Sony Music Entertainment, all the more welcome.

The multi-year agreement will see the artist and Sony Music Latin create, produce and globally distribute original content projects across multiple formats, focusing especially on the stories of the underrepresented. The union comes during a time when it’s essential to open doors for communities and groups whose heritage has been largely ignored by the mainstream movie industry.

“It moves me as an artist to see how I can use art as an instrument for the Latin American community in the U.S. as well as the rest of the world,” Residente tells Variety. “It’s also an incredible tool to tell our stories, though I’ll be telling all types, not just Latin American ones.”

With a music career that has solidified Residente’s place among Latin’s biggest players, he has won four Grammy Awards and 25 Latin Grammys. This year, he received four nominations from the Latin Recording Academy, including in the record of the year and song of the year categories.

Though he plans to continue working on music, the rapper notes that the concept of 1868 Studios is his lifelong dream come true: a space where he can explore his passion for cinematography, which in the past he satiated by integrating strong visuals into his music videos, earning a reputation for creating eye-catching and innovative art.

“Film direction was always my passion,” he says. “It was what I studied and practiced, and rap was my side hobby. The thing is that I ended up killing it in the rap game, but this is what I actually love.”

Taking his talents for writing music, he’s using those skills to develop scripts for upcoming productions. “I’m working on three different projects,” says Residente, who is going to focus on on-screen content that includes TV shows, films and music videos, many of which he’d been developing in his mind prior to discussing a potential pairing with Afo Verde, chairman and CEO of Sony Music Latin Iberia. The two met at a Soda Stereo concert when Verde was working with Sony Argentina.

As Verde explains: “It started 15 or so years ago when we started working with him, and we never imagined that those conversations would become part of this. Working with him since the beginning of his career when he created Calle 13, I heard his music for the first time, and from the very first conversation I had with him, he was talking to me about the stories and the videos. Even before pressing play and showing me the song, he was telling me the idea of the video.”

Residente, describes the initial conversation as something that arose organically. “[Afo] knew I was going to do it anyway, whether alone or with Sony, because I want to do it, and when I want to do something I go for it,” he says. “At the same time, we know each other well, and he made a good proposal.” 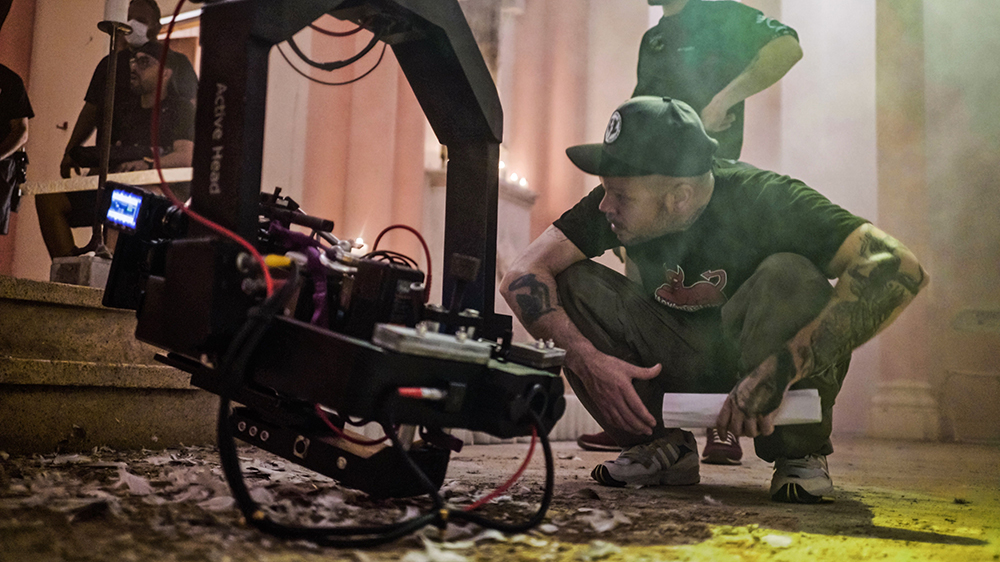 The name of the joint venture is inspired from the Lares Uprising (Grito de Lares), which is known as the date of Puerto Rico’s only cry for independence, on September 23 1868. Residente wanted to go for something bold and striking. “The fact that the studio has that date which represents the liberty of a country such as Puerto Rico, I thought would be super interesting and a way of making a strong statement as we enter this circuit as a concept that will be different from day one,” he expounds. “We aren’t going to be afraid or restricted from saying and telling what we want to say. … “It’s also about showing what type of company we are and what we are going to be doing. This isn’t going to be a factory for producing in masses. The priority is creativity and honesty and everything that is represented in my music.”

In addition to 1868 developing stories about and for the Latinx community, efforts to represent diversity will extend to behind the camera via an effort to collaborate with an international creative consortium of writers, directors, on-screen talent, musical artists, and visual artists to provide creative services for projects, including TV series, films, documentaries and branded content.

“I want to bring ‘Hollywood’ to places that don’t have the opportunities to tell these stories,” says Residente. “In the African continent there are so many, but it would be great to tell them with an interesting perspective. know various directors, famous ones and not so famous ones who I’d like to work with and do projects together.”

Sony Music Entertainment’s role will be to provide its expertise in content creation, marketing and monetization to enhance the scale and scope of 1868 Studios’ work.

“It’s that natural progression of the evolution of Sony Music,” says Tom Mackay, president, premium content A&R at SME. “I think at the end of the day, we as a global music company are realizing that we have to provide as many world class services for our artists as we possibly can. If we are going to be that kind of 360 creative partner, that’s what we are looking for.”

Out of the three projects Residente is currently working on, he reveals that one of the stories is based on Puerto Rican revolutionary Aguila Blanca. Shares Residente (pictured below with actor John Leguizamo): “I’ve spent a year working with the best historians in Puerto Rico in order to write a script for a movie about Puerto Rico. It’s a story based around true happenings, which took place by the end of the 19th century. It tells the story of the constant battle of one of the oldest colonies in the world, as they search for their identity as a country. One of the most interesting and conflictive characters of the time was Jose Maldonado Roman, better known as Aguila Blanca. His adventures seem like they were taken out of a Tarantino movie, but in reality they happened and have never been told.”