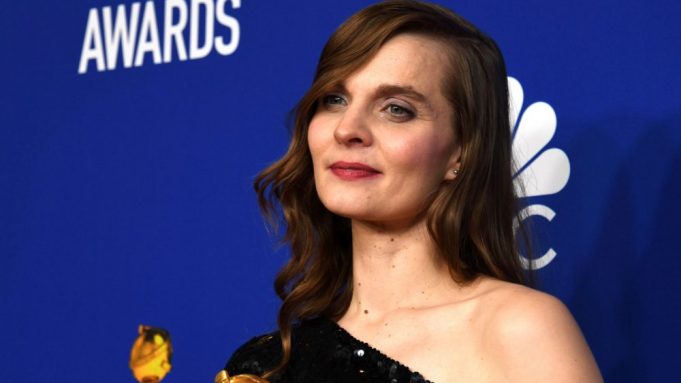 “Joker” composer Hildur Guðnadóttir became only the fifth woman in Oscar history to be nominated in the original score categories during Thursday’s nominations announcement.

The Icelandic cellist has been on a winning streak, taking home Golden Globe, Critics Choice and Society of Composers & Lyricist awards in recent days. Her music for the comic-book villain, to which star Joaquin Phoenix danced as it was being played on the set, has been much discussed in the industry.

Her nomination was the seventh for a female composer writing an original dramatic score: Ann Ronell was nominated in 1945; Rachel Portman three times (in 1996, 1999 and 2000), winning for “Emma”; Anne Dudley, who won for “The Full Monty” in 1999; and Mica Levi, nominated for “Jackie” in 2010. Angela Morley was nominated twice in the 1970s for adaptation scores, a category that has been discontinued.

Guðnadóttir was the only newcomer in the category.

John Williams received a record 52nd Oscar nomination for “Star Wars: The Rise of Skywalker”; he is not only the most nominated composer in Hollywood history, he is also the second most-nominated person overall, behind Walt Disney. He has five Oscars, including one for the original “Star Wars” score in 1977.

Randy Newman was nominated twice this year, for a song in “Toy Story 4,” and for his dramatic score for “Marriage Story.” These are his 21st and 22nd nominations; he already has two statuettes for songs in the Pixar films “Toy Story 3” and “Monsters Inc.”

Randy’s cousin Thomas Newman earned his 15th nomination, so far without a win, for the music of “1917.” The World War I film is his seventh collaboration with director Sam Mendes (earlier ones include “American Beauty” and “Skyfall,” both prior nominees).

French composer Alexandre Desplat received his 11th nomination for “Little Women.” He has won twice, for “Grand Budapest Hotel” and “The Shape of Water.”

The 345-member music branch voted on the score and song nominees based on 15-film shortlists in each category.