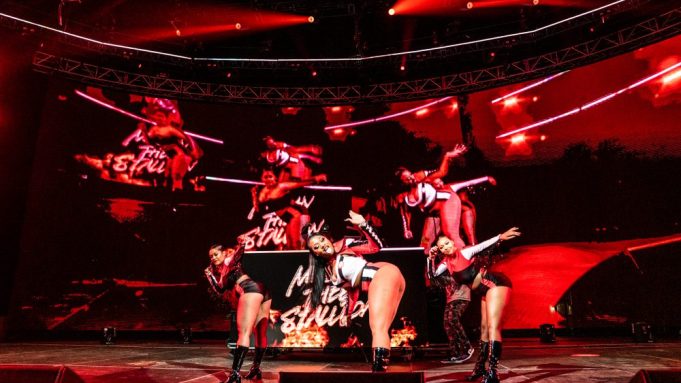 In a week that has seen some whiplash good news/bad news announcements from Megan Thee Stallion, the good news followin gThursday night’s revelation about her shooting injury came just over 12 hours later, when she announced that she’s returning to the concert stage in a couple of weeks — albeit virtually.

The announcement comes days after Cardi B and Megan Thee Stallion said they were celebrating women empowerment — and also promoting their new single, “WAP” — by giving away $1 million via Twitter and Cash App.

Megan Thee Stallion’s concert should come as no surprise, speaking to Variety recently, she said, “In the same way that I like to introduce different personas through my music, I also want to try a lot of new things.” And a virtual live stream is certainly the new thing in an era of coronavirus and social distancing.

In June, she performed “Girls in the Hood” and “Savage Remix” at the BET Awards, but this will be Megan Thee Stallion’s first full concert performance since lockdown. The concert will be produced by Live Nation, with creative direction from JaQuel Knight. The event will be audienceless but fans around the world can purchase tickets here  and tune in for the live broadcast.

Among multiple other projects in the works, Megan told Variety in her Young Hollywood cover story last month that she hopes to release her debut full-length album by the end of the summer and has begun work on the screenplay for a horror film (“It’s gonna be something that definitely blows your mind; you’ve never seen it before”).