Pop-punk group American Hi-Fi encourage all to "close your eyes and find yourself transported." 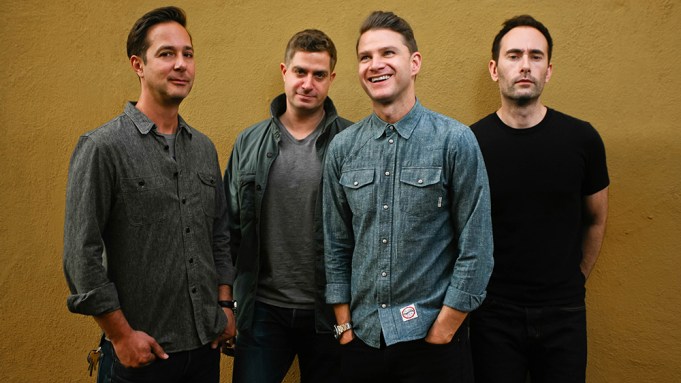 The band American Hi-Fi is making the most of isolation during the coronavirus pandemic by honoring some musical heroes. Back in May, the Boston-bred and Los Angeles-based group released a cover of Joe Jackson’s 1982 hit “Steppin’ Out,” which was a bit of a sonic departure for the pop-punk foursome. Now they are back with the video premiere of another well-timed cover: Madness’ 1982 ska classic “Our House.”

The video features the band performing from their individual homes, like so many quarantine clips making the rounds these days. As frontman Stacy Jones tells Variety: “We shot the video for ‘Our House’ during this quarantine phase, each of us acting as our own director, gaffer, creative director, in our respective homes or home studios… the irony is not lost on us. Hopefully our take on this classic Madness track will give some added energy to those out protesting for much needed change, to those hunkering down with family due to COVID, and to anyone who is fighting the good fight for equal footing in this world.”

American Hi-Fi began recording cover songs for an EP before the world shut down. Jones says, “We had a blast ideating around this concept. This is our first in what I expect will become a series of cover EPs, with this one focusing on the ’80s post-punk/pop scene that I grew up surrounded by in London. I think we’ve got our sights set on the ’90s alternative scene next!”

Jones explains the band’s love affair with early ’80s music as “the songs that came through the muffled speakers in the backseat of the family car, or in my case, blasted unremitting, through boomboxes on the streets of Brixton on my walk to piano lessons. We chose them because these songs made us feel something deeply, they resonated in a way that as young kids, we couldn’t fully appreciate. And now as adults with children of our own, we realize the importance of that visceral feeling.”

In the midst of a pandemic, protests and an upcoming election year, American Hi-Fi is realistic yet hopeful. Says Jones: “I realize that our scrappy little rock band covering some of the greatest songs of all time isn’t going to change the world… but I hope that when you drop the needle on this record, you close your eyes and find yourself transported. From a world of fear and unease, of division and disharmony, even for just a moment. And when you open your eyes, and the world opens up again, you can walk back into it with a smile on your face and a song in your heart, even if we didn’t write ‘em.”

It’s been almost 20 years since American Hi-Fi released its self-titled debut album. The effort spawned the band’s ubiquitous hit “Flavor of the Weak,” which peaked at No. 41 on the Billboard Hot 100 chart in the summer of 2001.

Stream or download the track here and watch the “Our House” video above.