Lil Nas X as Fashion Icon: The Rapper Runs Down Some of His Top Looks 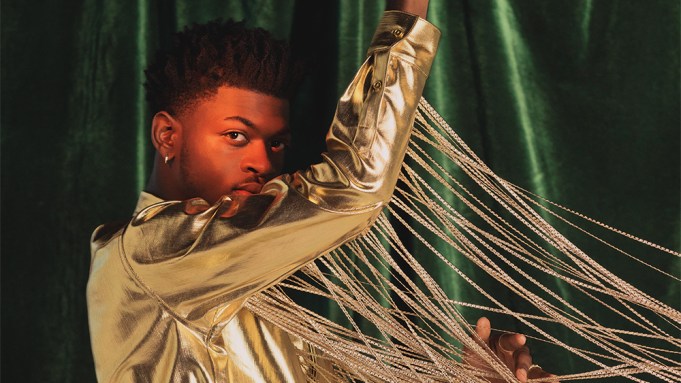 Already anointed a style icon by W magazine for “exploring uncharted territory in men’s fashion” and “redefining masculine expression,” Lil Nas X counted year-end best-dressed lists among his 2019 streaming and airplay accolades. Describing his fashion sense as “very experimental,” the rapper runs down a few of his top looks from last year.

“Definitely Prince-inspired — I wanted to bring that into the future and do a remix,” Nas says of the lace shirt he paired with a rhinestone-studded Nudie Suit and matching metallic cowboy boots. “I put it together with [womenswear designer] Christian Cowan and my amazing stylist Hodo Musa, who does 100% of my looks.”

Says Musa: “We’re not snobs. It’s not about the biggest designers — we want to work with up-and-coming talent, the underdogs who aren’t getting the recognition they deserve.” 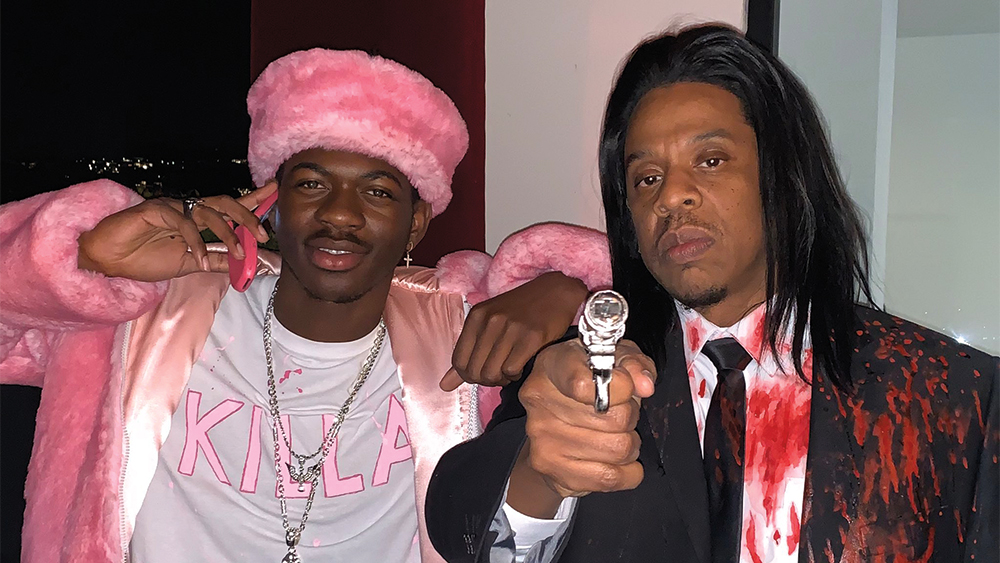 Perhaps the ultimate validation of 2019 came not in the form of Grammy nominations but rather an invitation to Beyoncé and Jay Z’s Halloween party in West Hollywood. The previous year, Bey flawlessly re-created Toni Braxton’s debut album cover, dubbing herself “Phoni Braxton” on Instagram. Lil Nas X took a page from the queen’s playbook, channeling Cam’ron — complete with hot-pink flip-phone — circa the 2002 Baby Phat show at New York Fashion Week. “I had been putting this together for a month pretty much because it’s hard to get that [faux] fur material,” Nas says. “It was a very beloved costume.” 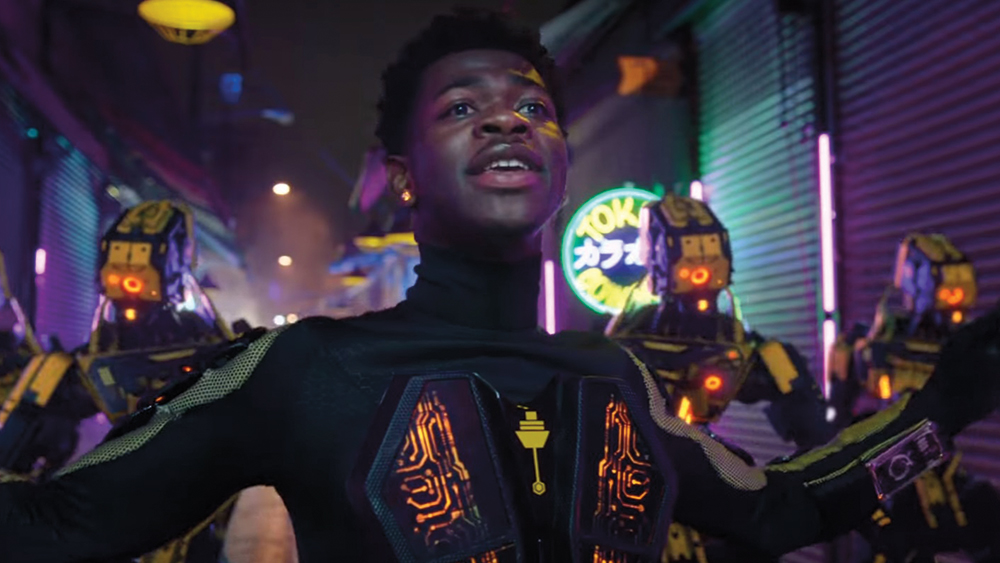 Nas tossed his signature cowboy gear for the followup to “Old Town Road,” which proved he’s neither a one-hit — nor one-look — wonder. The “Panini” video “takes place in 2079,” he says of his “Tron”-like ensemble. Leading a pack of robots that serve as backup dancers, the matching look reflects the modernism of his music. “He’s rock; he’s pop; he blends many different genres,” Musa says. “That’s what we’re trying to do with his style, too.”

“I feel like this is the craziest outfit I’ve ever put on,” Nas says of this two-piece tuxedo by Christopher John Rogers that boldly blends zebra print with neon green. “Whenever they panned to the audience, I stood out,” he recalls of AMAs night in October. Validating his fashionista cred, Nas is willing to suffer for the right look. “It was my first time
wearing shoes with heels and it hurt so much,” he says.