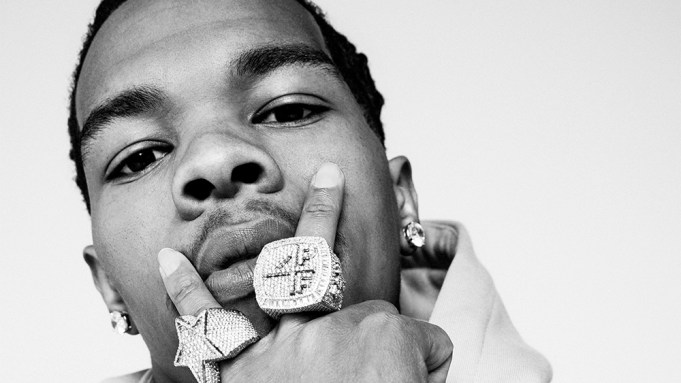 Lil Baby pays little mind to numbers or accolades, namely because he’s competing with himself. The Atlanta rapper had the biggest album of the year with “My Turn,” selling 2.4 million units on the strength of more than 21 billion collective streams and the hit singles “Woah” and “Sum 2 Prove.” But 2020 also prompted Lil Baby to use his voice in other ways: to speak for those disadvantaged in life because of the color of their skin.

It took the death of George Floyd at the hands of Minneapolis police offcers to awaken the 25-year-old. “I really don’t like tweeting or posting to my Instagram because it might get interpreted the wrong way,” says Lil Baby. “So making a song would be easier for me.”

“The Bigger Picture,” which addresses the Black Lives Matter movement and the social inequality that America’s Black population faces, turned out to be “one of the easiest songs I ever recorded,” says Variety‘s Hitmakers Voice of Impact presented by Motown honoree. “The subject was easy to me.”

Hailing from Atlanta’s predominantly Black West End, Lil Baby had personal experience with the police and justice system. “I’ve actually been to prison myself, so I know what it feels like to be in a courtroom, to be judged or dehumanized by a certain type of people,” he says.

Even to someone who’s seen violence up close, Floyd’s death triggered a visceral reaction. “When I heard the news, honestly, I wasn’t in an uproar at first. When I actually saw the video, it made me feel a different way.”

Known to freestyle his raps without writing them down, Baby says that “Bigger Picture” took only two days to record and the verses flowed fairly effortlessly. He cites as the song’s most impactful lyric: “It’s bigger than black and white.” Says Baby: “I don’t want people to think I’m coming on some pro-Black or anti-white stuff. I’m letting them know it’s bigger than that. It’s the whole problem for sure.”

“The Bigger Picture’ captured a moment in time that we’ll never forget,” says Spotify head of Urban Carl Chery. “Lil Baby was one of the unlikely voices to speak up when the music industry produced an in flux of protest songs this summer, but he found the right words to articulate how millions of Americans felt and packaged it into a hit single.”

The accompanying video — shot during the BLM marches in June — wasn’t really planned, but once Lil Baby and his crew took to the streets to actively protest and bear witness with their own eyes, it revealed itself.

“It was footage that my cameraman caught of us while we were out there,” says Baby of the visual that’s been viewed nearly 100 million times on YouTube. “In the last couple of seconds, he said, ‘We might as well film this thing.’ So we started shooting. That’s why it’s not of me actually performing.”

Camera or not, Lil Baby, who’s signed to Quality Control via Motown, insists he would have been out there. “Now that history is repeating itself in my day and time, I definitely would’ve been a part of it,” he says. “It feels great not only to make my fans proud but to make my people proud. That means more to me than anything.”