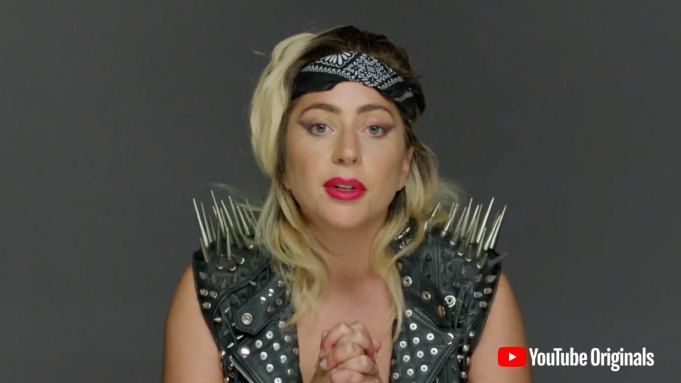 Lady Gaga painted a picture of racism in America as a malignant forest that needs to be uprooted in her graduation speech for YouTube’s “Dear Class of 2020” event.

The Grammy-winning singer said she had to rewrite her speech after the death of George Floyd and the nationwide protests against systemic racism and police brutality that began last week.

“You are watching what is a pivotal moment in this country’s evolution. You are watching society change in a deeply important way. This change will be slow, and we will have to be patient. But change will happen and it will be for the better,” she began.

Gaga said her mind turned to nature when she thought about how widespread and oppressive racism is in the United States.

“I think about a broad forest filled densely with tall trees. Trees as old as this country itself. Trees that were planted with racist seeds. Trees that grew prejudice branches and oppressive leaves and mangled roots that buried and entrenched themselves deep within the soil, forming a web so well developed and so entangled that push back when we try to look clearly at how it really works. This forest is where we live, it’s who we are. It’s the moral and value system that we as a society have upheld and emboldened for centuries. I make this analogue between racism and nature in this country because it’s as pervasive and real as nature. It is some part of everything the light touches,” she said.

She explained how the high school graduates living through this unprecedented time in history are the seeds that will grow into forces of change.

“All of us are being invited to challenge that system and think about how to affect real change. I believe in my heart that people who are going to make this change happen are listening to me speak right now. I know this is true because it’s you who are the seeds of the future. You are the seeds that will grow into a new and different forest that is far more beautiful and loving than the one we live in today,” she said.

“We can control time and sufficient effort. We can’t control divine grace, but I believe divine grace is the faith we can choose to place in each other, to prosper lovingly and effectively,” she said.

Finally, she encouraged the graduates to believe in themselves to overcome tough challenges and to listen to one another.

The celebration honored graduating seniors who were unable to have an in-person commencement ceremony due to the coronavirus pandemic. It also featured words of encouragement from Condoleezza Rice and Malala Yousafzai, as well as musical performances from Chloe x Halle, Lizzo and the New York Philharmonic and Katy Perry an appearances from over 70 celebrities.

“Dear Class of 2020” is just one of many virtual graduation ceremonies that have taken place to celebrate the class of 2020. Originally scheduled for June 6, “Dear Class of 2020” was rescheduled pushed back a day to honor the memorial service of George Floyd, who died on May 25 at the hands of Minneapolis police.