Continue to Variety SKIP AD
You will be redirected back to your article in seconds
May 2, 2020 11:00am PT 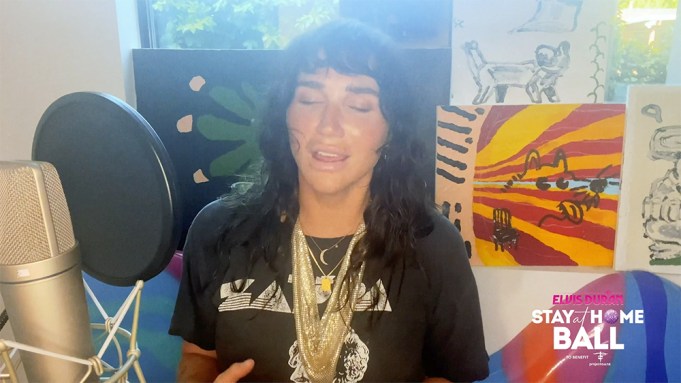 Kesha’s “Resentment” is among the standout tracks from her album “High Road,” released in January, and not just because Brian Wilson (of Beach Boys fame), Sturgill Simpson and Wrabel are featured on it. Kesha delivers the country ballad about a frayed relationship with believability and intensity, as the artist proved during her appearance on Elvis Duran’s Stay At Home Ball last weekend. Well-suited to the livestreaming era, the acoustic track was among several high points of the two-plus-hour program (watch the performance above).

Like last week’s webcast, it will again benefit the Project C.U.R.E. Foundation, raising funds for hospitals and healthcare first responders in need of emergency medical supplies across the country.

Elvis Duran and The Z100 Morning Show airs live from New York City and syndicated to over 80 markets across the country.