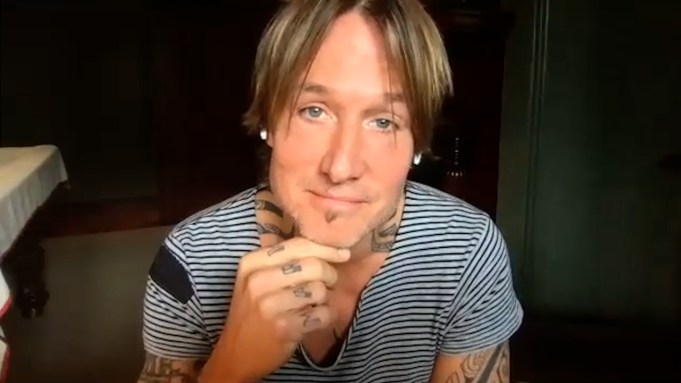 Country superstar Keith Urban talks about his just-released duet with Pink, “One Too Many,” in a clip from a full-length video interview he did with Variety that will be the kickoff episode of new music video series, “Soundboard.”

“One Too Many” is fast-rising at country radio, but Urban admits that it’s hardly the most genre-specific single he’s ever released, saying, “I can’t label what the song is. It’s not country. It’s just a great song, about a very universal situation” — that situation involving two partners drinking alone who recognize they’d be better off imbibing together.

Of Pink, Urban says, “There’s a lot of great singers (that) know how to use their voice really well. But she’s one of those rare, rare artists who can tell the story when she sings — really tell the story — and I feel it. And it’d doesn’t matter if it’s ‘Get This Party Started’ or something from ‘The Greatest Showman,’ the complete opposite ends of things… All the strength, rawness, courage, swagger — all the colors of humanity, I always feel that when she sings.”

He feels it so deeply, in fact, that he’s inspired to pick up the guitar and peel off a few licks from the song, as he speaks to Variety from 7,500 miles away in Sydney, Australia, where he’s currently staying while his wife, Nicole Kidman, works on a film there.

The full episode will premiere Oct. 2, with Urban talking about the themes of his new album, “The Speed of Now, Part 1,” and several of the songs therein. His appearance inaugurates Soundboard, a music interview series that will join other Variety video franchises like “The Streaming Room” and “The After Show.” Stay tuned!