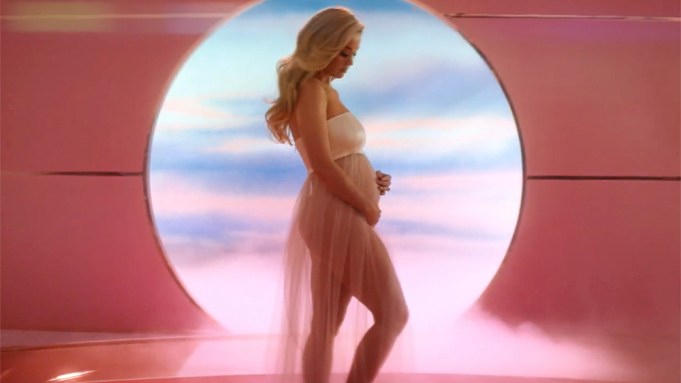 Katy Perry spoke about her upcoming album, whose lead track “Daisies” just dropped, her performance of the song for Sunday’s “American Idol” season finale, and life in lockdown in an interview with BBC radio deejay Zoe Ball Friday.

Speaking about the release on Aug. 14 of her fifth studio album, as yet untitled, Perry said: “I was like, no let’s not delay it, people want music, they’ll want a soundtrack to dance in the streets to this summer, they will want music. And I just thought I’ve been working on this record for two years, and come hell or high water, no quarantine or COVID is gonna hold it down.”

She added: “It’s definitely not gonna be like a traditional album cycle where you go on tour, but I think there’ll be some understanding with that; you know, nobody’s really going on tour this year, it looks like.”

Perry also spoke about her performance of “Daisies” on Sunday’s “American Idol” finale. “There’s also going to be a performance, my very first big performance of ‘Daisies,’ and I just filmed it the other day on this incredible new technology; it’s augmented reality and virtual reality on a green screen. Someone set it up for me, I went in there, I filmed it, and then I left.”

She added: “It was wild, I’m doing so many jobs now, I’m the stylist, I’m the make-up artist, I’m the hair stylist – it reminds me of actually when my career was just starting, that’s what you have to do. (…) I’m glad I did it one time before so I know what to do.”

Perry discussed how she was coping with life at home during the pandemic: “I’ve got a little bit of OCD, I like to organize and I can’t do dishes as dishes for me are the epitome of never really over, they’re just never done, you turn around and there they are. So I can sweep and feel great because it’s a pile, it feels good, I’ve got something to show for myself afterwards. So it’s like I’ve made it, I have a pile from sweeping, but yeah, it’s been wild, I’m quarantining with my 3 year old and 6 year old niece, and then (fiancé Orlando Bloom’s) son, who’s 9, and, you know, just getting used to having kids around the house.”

Perry added: “My plan pre-COVID was, you know, just to keep going and put out a record in the summer until my waters break, then I was going to transition into being a mum, but there’s obviously a certain skill-set that’s needed in being a full-time mum, and I guess I get to have a test run.”

“But like everyone else I go sit in my parked car outside of my house, lock the doors and sometimes just cry off my fake eyelashes.”

During lockdown, she’s had time to reflect on life. “For me in quarantine time, it’s kind of taken on a whole new meaning because I think we’ve had a lot of time to reflect, and think about what we have taken for granted in our lives, and what we have kind of pushed to the wayside, as far as dreams go, thinking ‘Oh, there’ll always be time, and I’ll always be able to do it,’ then all of a sudden you lose all right to do anything in some ways, and you go ‘Oh wow,’ if I ever get the chance to live again I’m really gonna live fully, and I’m going to try and go for all those dreams I kind of put on a shelf.”