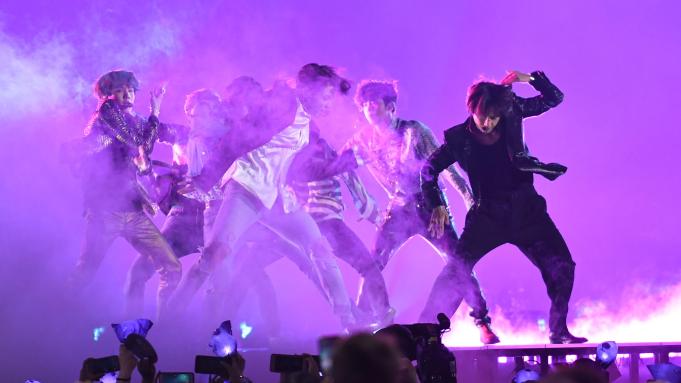 In an anti-racist move that demonstrates their formidable social-media power, K-Pop fans took over the hashtag #whitelivesmatter, drowning out white-supremacist messages with nonsensical or anti-racist posts. The move was met with wide approval online early Wednesday morning.

“#WhiteLivesMatter LMAO I WAS READY TO INSULT THE SH– OUT OF EVERYONE,” one poster wrote. “THEN I SAW THAT K-POP STANS ARE DESTROYING THE [hashtag], DAMN NEVER THOUGHT I’D BE THAT HAPPY SEEING K-POP FANCAM”

“Imagine trying to trend #WhiteLivesMatter like a typical racist and Kpop fans said “Not on my watch bitch,’” another wrote.

#WhiteLivesMatter LMAO I WAS READY TO INSULT THE SHIT OUT OF EVERYONE, THEN I SAW THAT K-POP STANS ARE DESTROYING THE# DAMN NEVER THOUGHT I'D BE THAT HAPPY SEEING K-POP FANCAM 😂😂😂😂 pic.twitter.com/lb3Vpob0Wa

how i was how i am
ready to fight after seeing
whoever kpop stans
trended doing god's#WhiteLivesMatter work pic.twitter.com/TQwgkRraFC

While some of the posts were met with anger and hostility from people who didn’t get the joke or responded just to the hashtag, far more signaled their approval. At least for a period of time, the posts completely buried nearly all actual racist messages using the hashtag. The fans are likely based in the U.S., as many of them are using American vernacular, and fans based in Korea tend to be less active on Twitter.

The campaign was soon broadened to include hashtags like #MAGA and #BlueLivesMatter.

The move quite possibly was inspired a social-media snafu that took place less than 24 hours earlier during “Blackout Tuesday” — in which the music industry basically stopped everyday operations to protest police violence against the black community, and strategize on ways to support it.

Many people who had been expressing solidary by adding the hashtag of the activist organization #BlackLivesMatter to their posts were criticized for unintentionally drowning out that organization’s messaging regarding protests, bailout information and similar issues.

K-pop fans made a similar mobilization on Tuesday, in response to a call from the Dallas Police Department to send videos of “illegal activity from the protests” that took place over the weekend using a special app called iWatch Dallas, as reported by The Verge. K-pop fans deluged the software with content from music artists, gifs and games. The following day, Dallas police tweeted that “due to technical difficulties iWatch Dallas app will be down temporarily.”