Justin Bieber’s ‘Yummy’ vs. the Ohio Express’s ‘Yummy Yummy Yummy’: Whose Is Yummiest? 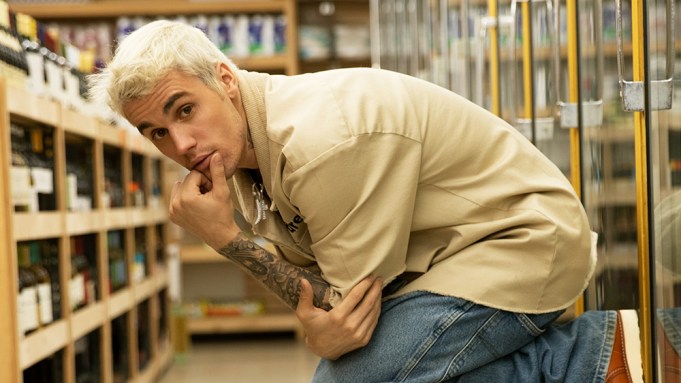 For pop fans of a certain age, there was shock when Justin Bieber announced the debut single from his first album in more than four years would be called “Yummy.” Didn’t the Ohio Express claim ownership of that word forever with their 1968 smash “Yummy Yummy Yummy” (as in, “…I’ve got love in my tummy”)? In inviting unavoidable comparisons with a classic, wasn’t Bieber — the Ontario player — setting the bubblegum bar impossibly high?

Yet maybe the Ohio Express faced seemingly insurmountable odds of their own when they came up with “Yummy Yummy Yummy” just a few short years after James Darren’s “Under the Yum Yum Tree,” had from the movie of the same name, had claimed the root syllable, at least. Maybe each generation deserves the right to put its own candy-flavored stamp on one of the most gag-inducing words in the human language.

Which song wins, in a fight? Let’s pit Bieber’s versus the Express’s in a few key categories.

Sheer repetition. You’d think the Ohio Express would have a lock on this one, what with the word “yummy” appearing three times in the title alone. Yet it ultimately appears just under a dozen times in the duration of their perennial. Bieber very much has the upper hand: His song has the title word occurring 32 times, and then throws in another 23 uses of the shorter derivation “yum” for good measure. You could argue over whether repetition is a plus or a minus, but let’s consider it a positive trait here: If you’re going to adopt a word that so many people consider, well, distasteful, you should boldly run as far with it as you can. Advantage: Bieber.

How dirty is it? Again, expectations are defied here. You would think that Bieber’s song might be much smuttier, in the much more permissive atmosphere of the 2020s. Actually, though, perhaps befitting his recent image as a church guy, he doesn’t get that smutty with the innuendo. Sure, there’s that line about “standin’ up, keep me on the rise.” But, appearances of innocence aside, it’s much harder to keep your mind out of the gutter when the ’60s band describes a woman’s love as “a good-enough-to-eat thing.” Those filthy bastards. This is a good thing, as anyone coming to a song with “Yummy” in the title is probably hoping it’s not actually about cornstarch. Advantage: Ohio Express.

Product placement. If the Ohio Express went into merchandising on the side with its own product lines — like, what, buckeye jam? — evidence of it has not survived, and there’s none of it in the song. Bieber, on the other hand, can’t resist a plug for a signature product: “Drew House slippers on with a smile on my face.” The salesmanship does take you out of the song a bit. Advantage: Ohio Express.

Do the lyrics follow any rules of logic? We can’t say that Bieber extends his metaphors perfectly, but there’s no line in his song anywhere nearly as terrible as the one in the ’60s hit that says: “I got love in my tummy that your love can satisfy.” How is it that the love of a woman satisfies a love that already exists in his abdomen? Is the digestive love a kind of itch that can only be scratched by ingesting more love? Granting some poetic license, it’s still like they didn’t really think this through. Advantage: Bieber.

Is the flavor consistent? To the Ohio Express, “your love is like peaches and cream.” Fair enough. It’s “sweeter than sugar.” Well, sure. Then it’s “kinda like sugar, kinda like spices.” Wait, when did spiciness enter into this? Does anyone really want an even mixture of both textures? Bieber wins by not mentioning any flavors at all. Advantage: Bieber.

Physical fitness advocacy. “You stay flexin’ on me,” Bieber sings. Okay, maybe his song is a little dirtier than we gave it credit for. In any case, he’s suggesting exercise amid all this consumption, whereas the Ohio Express seem content to settle into a diabetic coma. Advantage: Bieber.

Random materialism. The Ohio Express don’t seem to have any dollar signs in their eyes, whereas Justin is largely — if not all — about the Benjamins. “Hop in the Lambo,” he suggests, speaking of “the jet set.” In another couplet, Bieber croons, “Fifty-fifty, love the way you split it / Hundred racks, help me spend it, babe,” in which he seems to be endorsing the glee of profligate spending as a married couple and getting a prenup all at once. Advantage: Ohio Express.

Which song is more impressive on a single listening? That’s easy; the spoils go to the artist wielding the more memorable hook. Advantage: Ohio Express.

Which song could you listen to in an endless loop and come out with your sanity intact? Again, an easy choice, when it comes to a groove thing that doesn’t severely wear out its welcome by the third listen. Advantage: Bieber.

Does the song suffer from genre confusion? Bieber took to social media prior to this song to declare that he is no longer singing “pop” music. The genre, he announced, is “R&Bieber.” At the risk of sounding like J.K. Rowling here, let’s be clear that, however nicely the song wears its influences, Justin didn’t stop being pop just because he says he stopped being pop. The Ohio Express, for their part, were not led by style dysmorphia into announcing that everyone should refer to them as prog-rock gods from there on out. Advantage: Ohio Express.

Does the song include the word “tummy”? Big, big advantage: Bieber.