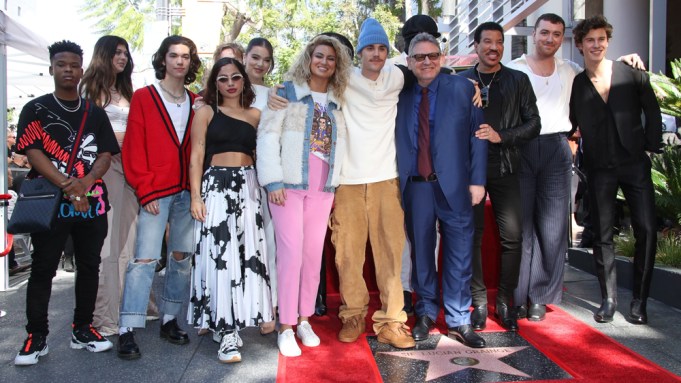 In attendance outside of Capitol Studios in Hollywood were Justin Bieber, Shawn Mendes, Sam Smith, Tori Kelly, Hailee Steinfeld and Beck, among others.

Grainge was introduced by Mendes, who recalled meeting the executive at 15 years old. Describing it as a “vulnerable time” and thanking the Brit for “being there [for me] as a person and as a kid. … I never felt fear, only love and guidance.”

Grainge delighted in the honor. “This is an extraordinary country,” he said, marveling at the historic entertainment figures that have a permanent spot. “Like me, they all came from somewhere else.”

The event was capped off with a party held at Studio A inside of the Capitol Records tower.