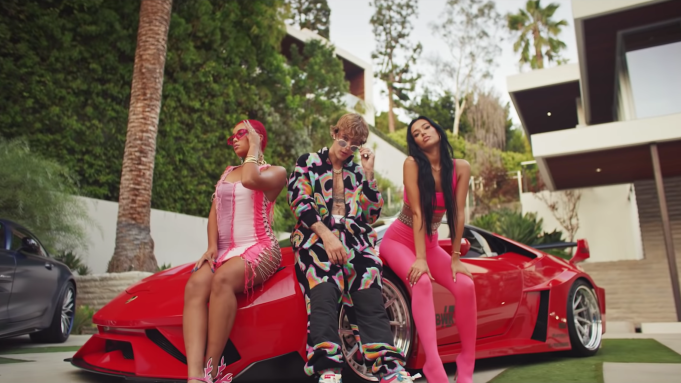 DJ Khaled and Drake brought on a popstar to star in their latest collaboration, aptly titled “Popstar.”

The eight-minute video opens on the two artists discussing the logistics of shooting the video while separated amid the pandemic, before Drake decides to call in a favor. The scene shifts and Justin Bieber, who is presumably the rapper’s solution to their problem, takes over.

The video then follows Bieber, who is also referenced in the lyrics, as he moves through a daytime mansion party, interacting with guests and alternating colorful outfits as the day progresses.

Other familiar faces appear as well, from wife Hailey Bieber to a slew of influencers, including King Bach. Bieber’s manager, Scooter Braun, also shows up as his name is dropped in the bars of the track.

As the song ends, a sketch between the Biebers suggests that the party was all a dream. As the pair embarks on a walk, Justin Bieber receives a call from Drake and the credits roll.

The video garnered over 3 million views in its first 10 hours. The track itself is set to feature on DJ Khaled’s upcoming album “Khaled Khaled,” which does not yet have a release date. The song was released in July alongside another collaboration with Drake titled “Greece.” Both songs have upward of 90 million streams on Spotify alone.

“Popstar” is helmed by Director X.