Continue to Variety SKIP AD
You will be redirected back to your article in seconds
Jan 26, 2020 3:27pm PT 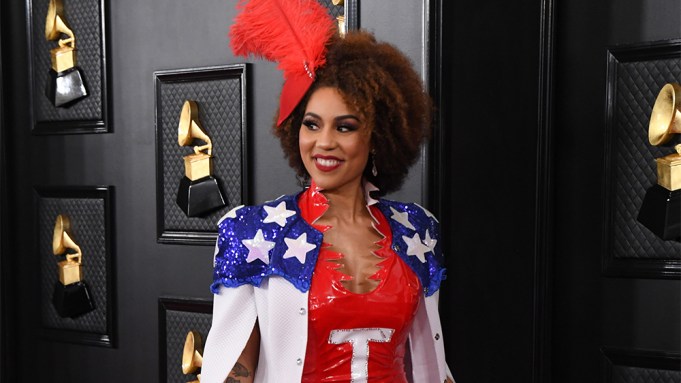 It wouldn’t be the Grammys without a pro-Trump fashion statement from Joy Villa.

The singer donned a latex gown with “Trump 2020” running down the front and “impeached and re-elected” on the back in white lettering. The red, white and blue dress and cape were custom made by Desi Allinger of Desi Designs.

“[The dress] it’s pro-America; you know I am a conservative,” Villa said. “This is a patriotic, Miss America type of feel.”

When asked by Variety‘s Audrey Yap how people of color have benefited from the president’s policies, Villa said, “I’m black and Latina, I’ve benefited. My cousins now have jobs. There’s more jobs than ever before.”

The recording artist and frequent Fox News guest is known for her politically charged fashion statements, which have continued since her 2015 appearance on the carpet in a sheer dress and orange netting. For last year’s ceremony, Villa promoted her album “Home Sweet Home” by strutting down the carpet dressed as President Trump’s proposed border wall with a “Make America Great Again” purse in hand. In 2018, she made headlines with her anti-abortion message painted on a white gown. 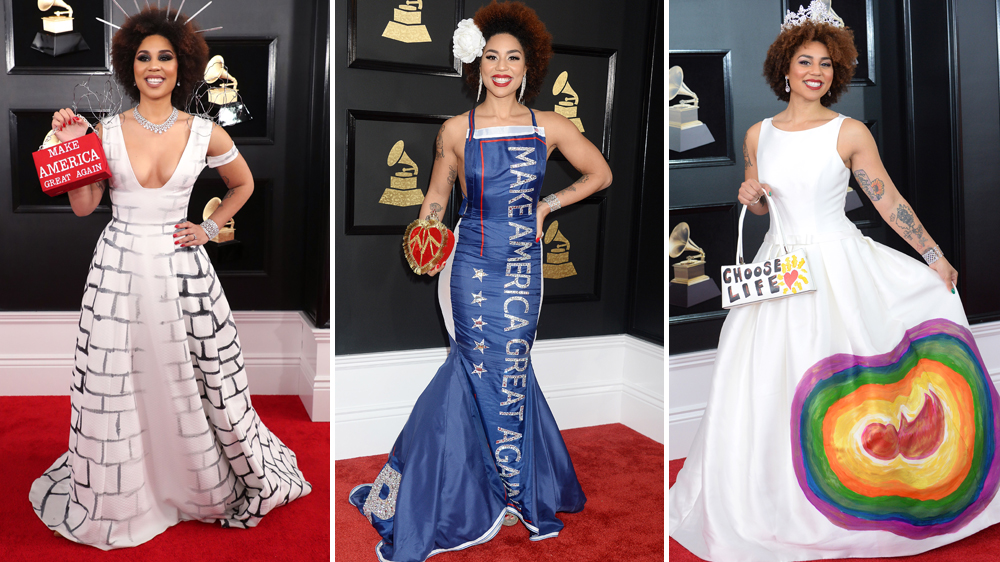 Her 2017 Trump-endorsing “Make America Great Again” blue dress made waves on the carpet as well as on the iTunes U.S. and Amazon charts. Her controversial appearance led her EP “I Make the Static” to sell 15,000 units over two days, according to Nielsen Music.

In a repeat of last year, singer-songwriter Ricky Rebel also made his pro-Trump stance loud and clear in a barely-there red leather getup with “impeach this” written on his butt cheeks. 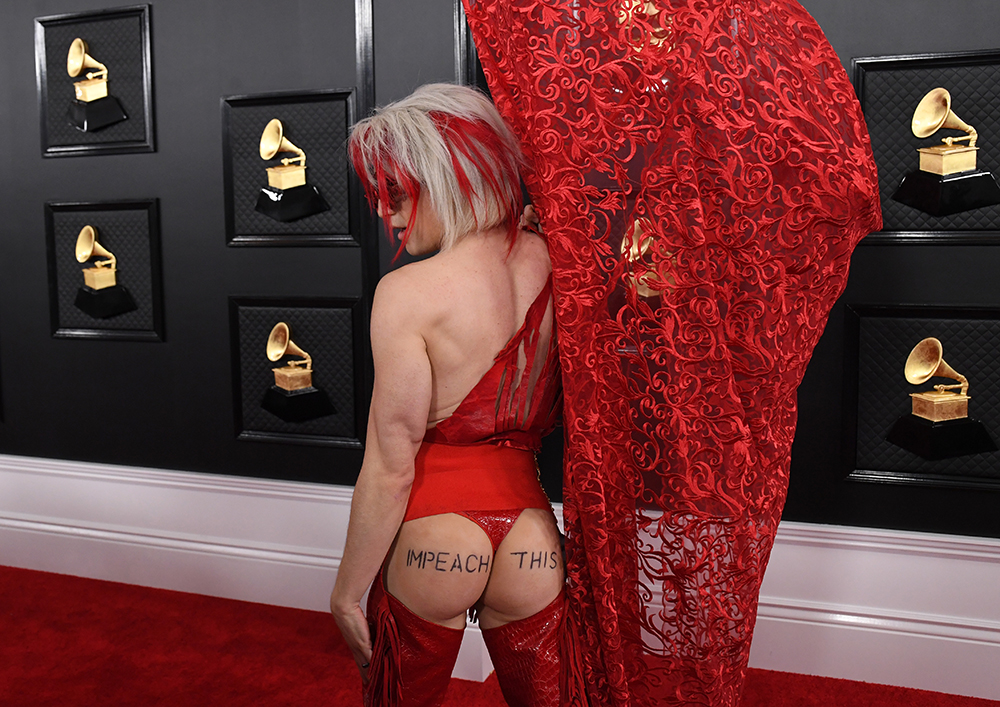 Model Megan Pormer, meanwhile, wore a red sequin dress with the words “no war Iran,” with a half-American-flag-half-Iranian-flag cape. 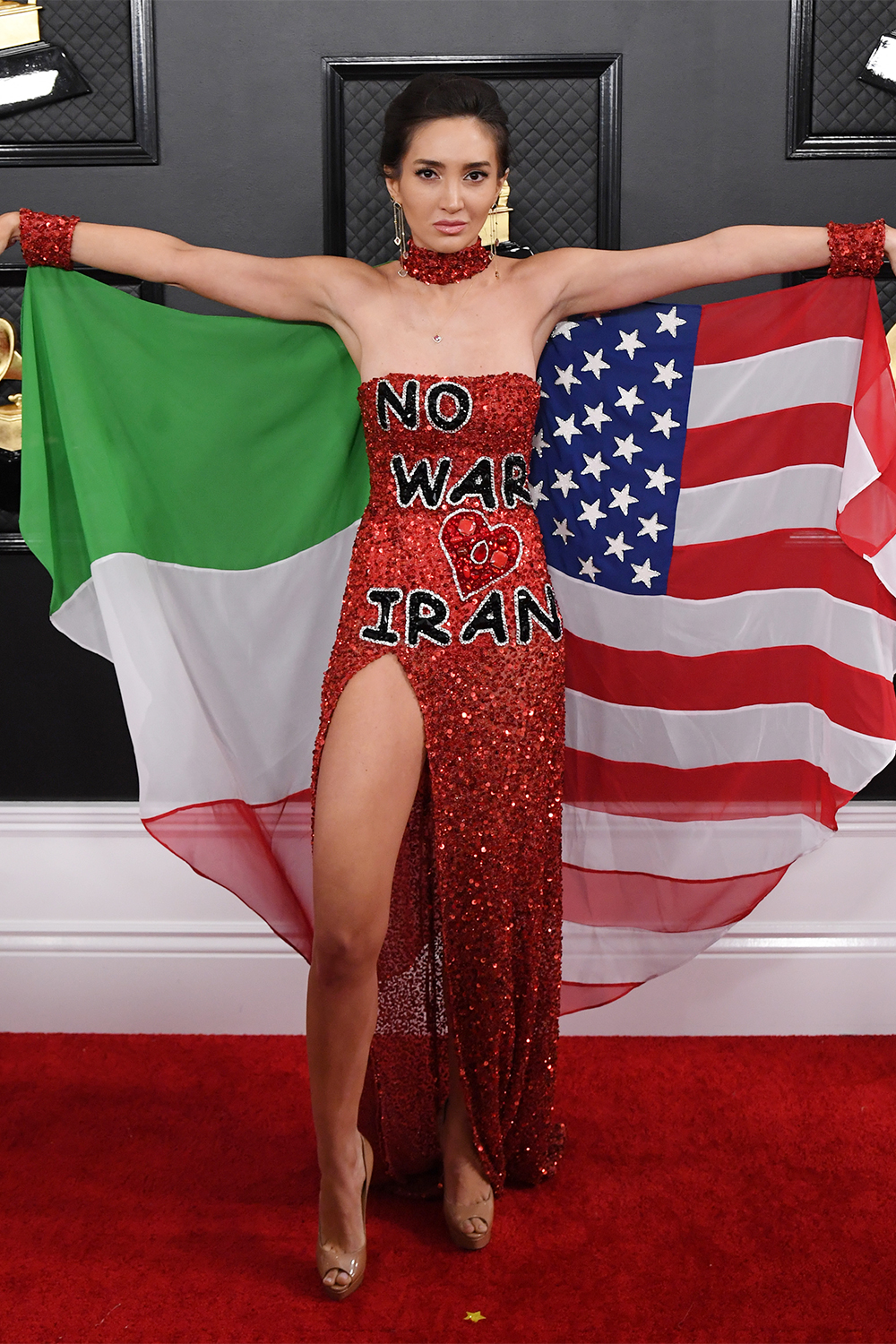