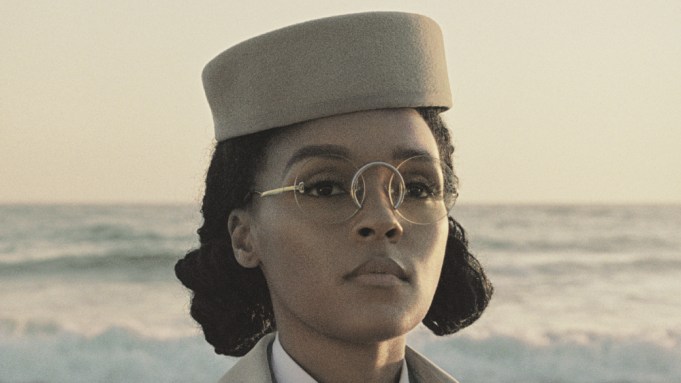 Singer-songwriter-actress-activist Janelle Monáe has released “Turntables,” her first new song since her Grammy nominated 2018 album “Dirty Computer.” The song was written for and featured in the upcoming Amazon Studios documentary, “All In: The Fight for Democracy,” premiering in select theatres nationwide on Wednesday (September 9) and then streaming exclusively via Amazon Prime Video starting Friday, September 18. Watch the official trailer HERE.

Monae spoke with Apple Music’s Zane Lowe about the song, which was written by Monáe, Nathaniel Irvin III, and George A. Peters with production by Nate “Rocket” Wonder and Roman GianArthur.

“I, like a lot of people just as humans, especially being black in America, I’ve been experiencing a lot of trauma around seeing black bodies murdered, like humans murdered. I struggle with talking about it because it is like a wound that we’re reopening. We’ve been screaming Black Lives Matter. We’ve been understanding where our ancestors came from and the fact that I’m here not because I asked to be here, but because my ancestors were stolen and we were forced to be here. So there’s a connection between the past the present and what could be the future if we continue. And I say, as humans continue to let black people suffer. And so I’ve been emotionally debilitated, but I got an opportunity to get back into the studio to talk about or to create lyrics that [doesn’t] keep us reminded of that trauma, but keep us moving forward and remind us that things are changing.

“All In: The Fight for Democracy” — read Variety‘s review here — examines the issue of voter suppression in the United States in anticipation of the 2020 Presidential Election. Directed by Oscar-nominated and Emmy-winning filmmaker Liz Garbus and Oscar-nominated and Emmy-nominated filmmaker Lisa Cortés, and produced by Garbus, Cortés, Academy Award-winning producer Dan Cogan and Stacey Abrams, the film interweaves personal experiences with current activism and historical insight to expose a problem that has corrupted our democracy from the very beginning.

In coordination with “All In: The Fight for Democracy,” the filmmakers and Amazon Studios have launched #ALLINFORVOTING, a social impact campaign with nonprofits and grassroots organizations to release digital content to combat misinformation about the voting process, and launch targeted campaign programming to educate and register first-time voters. For additional information please visit LINK.

In addition to today’s premiere of “Turntables,” Monáe will soon be seen starring in the Lionsgate film, “Antebellum,” available on demand beginning Friday, September 18. The film’s trailer can be viewed now via YouTube HERE.