J Balvin Talks Beyonce, Bieber, and Who He’d Like to Collaborate With Next

The Colombian superstar is Variety's Hitmakers Collaborator of the Year. 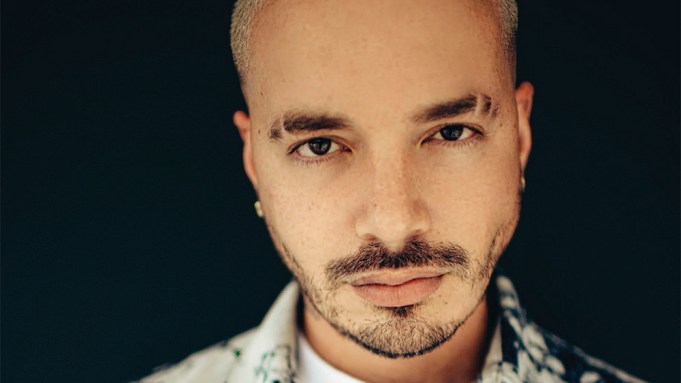 In a little more than a decade, J Balvin — who is Variety‘s Hitmakers Collaborator of the Year —  has become one of the biggest artists in the world, a feat made even more remarkable by the fact that he nearly always sings or raps in Spanish (he’s fluent in English but prefers to stay true to his Colombian culture). His 2017 global smash “Mi Gente” has more than 2.8 billion views on YouTube alone, topped the charts in two dozen countries and enamored Beyoncé’s daughter enough for Queen Bey not only to jump on a remix of the song, but to have Balvin join her onstage at the epochal “Homecoming” concert at Coachella in 2018.

But in addition to his own formidable discography, Beyonce is just one of dozens of singers or rappers who’ve worked with this serial collaborator — just a few recent examples include Camila Cabello, Dua Lipa, Justin Bieber, Juan Gabriel, Pitbull, Prince Royce, Daddy Yankee, Cardi B’s “I Like It,” Karol G, Rosalia. Last year he released a full collaborative album with Bad Bunny, and in one week last month, he released a song with Panamanian singer Sech and another with Bieber and rising rapper 24k Goldn.

“Basically, it’s about the respect and the connection,” he tells Variety. “I love to support new generations, because I always dreamed of that when I was on my way up. And with [established artists] it’s no different, because I learn from everybody. I learn from Camila; I learn from Bad Bunny; I just did something with Justin Bieber, I’ve got so much love for him. And I grew up on Beyonce — looking at her, so far away like she was up in the stars, you know? When I had the chance to work with her and be with her at Coachella, it was just mind blowing. It’s beautiful when you see dreams come true after you sacrifice, and when you have a vision.”

While the burst of recent activity is partially due to lockdown productivity — although released his fifth album, “Colores,” in March, he’d planned to take 2020 off from his elaborate and eye-popping concert tours — the above is just a hint of what he’s got in the vault. While he declines to provide details, “I’ve made 90, maybe a hundred songs” since lockdown began, and he’s spent much of the time in his hometown of Medellin.

“Definitely Drake,” he says. “Drake’s always been one of my idols in this game,” he says. “Rihanna, the Weeknd — there’s so many great, beautiful artists making amazing music. But if I hear something that I really like, I just jump on it. There’s no business to it — there’s no [motivation] other than to make good music and inspire.”