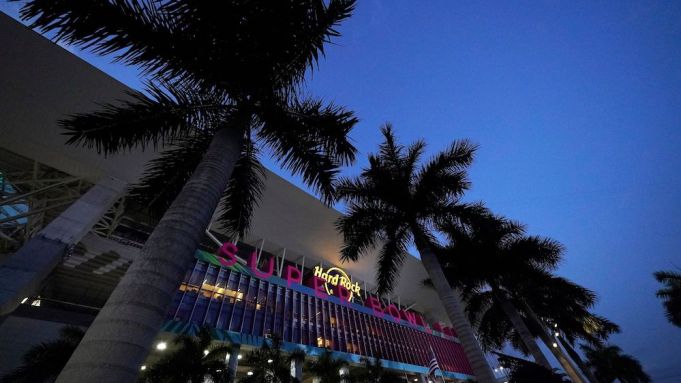 The ever unpredictable South Florida weather dampened the spirits of several thousand Harry Styles fans on Friday night (Jan. 31) when his pre-Super Bowl concert at Miami’s Meridian at Island Gardens was evacuated due to “severe” conditions. The Pepsi Zero-sponsored show was held just off the coast of downtown Miami. About an hour after Lizzo ended her triumphant 35 minute set — and moments before Styles was set to take the stage — an announcement came over the PA system alerting fans of “severe weather” making its way into the area. As party goers slowly gathered in tight spaces rubbing elbows with the likes of Los Angeles Chargers running back Melvin Gordon by the exit looking for shelter from the rain and wind, word spread of tornado warnings in the venue which was temporarily created for Super Bowl events.

Fans poured out into a driving rainstorm to hop in Ubers and Lyfts since there is limited parking on the island. The crowd trudged through nearly knee deep water through the muddy construction zone to find the way to the ride share pickup area.

Before the weather spoiled what was lining up to be an incredible evening. Mark Ronson spun a DJ set highlighted by a dance remix of “Shallow,” a stomping version of Adele’s “Rolling in the Deep” and the late George Michael’s “Freedom.”

Following Ronson, Lizzo took the stage and stormed out of the box with “Good as Hell,” flanked with four backup dancers and a DJ. She captivated the crowd with high energy versions of “Truth Hurts” and “Juice,” which she performed with Harry Styles the night before at the Fillmore in Miami Beach.

Sadly there was no collaboration with Styles, nary a sighting of the headliner who was set to ring in his 26th birthday with the exclusive performance.

Styles himself tweeted that “the fire department would not let us do the show under any circumstances.” He added: “I’m so disappointed, and I’m sorry.”

To those of you here in Miami, I was told there’s a severe storm on the way.

The fire department would not let us do the show under any circumstances. Please stay safe.

I’m so disappointed, and I’m sorry.

I love you all. H

Event sponsors are offering a full refund to concert-goers, per a statement released shortly after the show’s cancellation. “For all attendees of tonight’s Planet Pepsi Zero Sugar Party, we understand this is disappointing, and want to do what we can to make this right. We are offering a full refund for tonight’s show and for your ride share from the venue. Details coming soon.”

A statement released by Meridian stated: “We recognize that last night’s circumstances and the mandatory action taken were very disappointing to those in attendance and we sincerely apologize. … The City of Miami Division of Emergency Management ordered the mandatory cancellation of all special events in temporary structures due to reports from the National Weather Service warning of the potential for strong winds, severe thunderstorms and tornadoes. The mandatory evacuation came prior to Harry Styles taking the stage. Event personnel, in coordination with fire and police resources, managed the evacuation of guests onsite.”

Those who caught Lizzo’s Miami show the night before at at the Miami Beach Fillmore at the Jackie Gleason Theater were treated to a 90-minute performance of her greatest hits that saw her joined for the finale by Styles. Together they performed “Juice” in a lively duet filled with synchronized dancing. Watch video of the performance above.