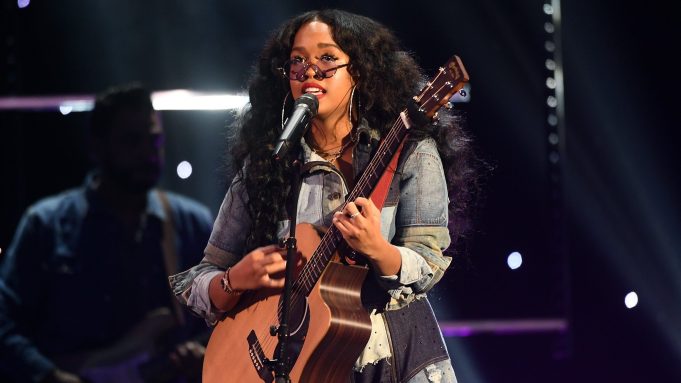 In the wake of George Floyd’s death at the hands of Minneapolis police, the past few weeks have seen a new wave of protest songs, and Grammy-winning R&B singer-songwriter H.E.R. premiered a powerful new one during her iHeartRadio Living Room concert on Wednesday.

“Just by the title you know that it means something very painful and revealing,” she says, as the title comes from the final words of both Floyd and Eric Garner, who was also killed at the bands of law enforcement officers. “And I think it’s necessary. These lyrics were easy to write because it came from“what’s happening right now, what’s been happening and the change that we need to see,” adding that “music is powerful when it comes to change and when it comes to healing.”

In the song, she sings:

What is a gun to a man that surrenders?
What’s it gonna take for someone to defend us?
If we all agree that we’re equal as people
Then why can’t we see what is evil?

How do we cope when we don’t love each other?
Where is the hope and the empathy?
How do we judge off the color?
The structure was made to make us the enemy

The iHeart eight-week series launched on Wednesday, April 29 with a special performance from Thomas Rhett, and has recently featured performances from Shaed, Brett Eldredge, Sam Smith and Katy Perry.

Watch the full set below: