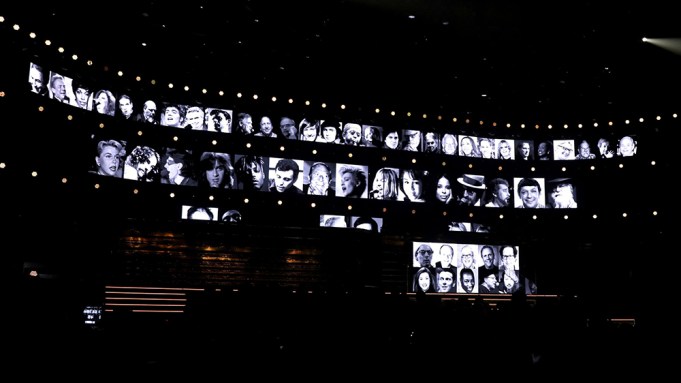 The Recording Academy’s “In Memoriam” section, which traditionally runs towards the end of the Grammy Awards ceremony and honors those in the music industry who died in the previous year, is bound to displease many — as the internet’s ire proves annually. Omissions are to blame: some due to time constraints, others to very recent circumstances, but more than anything, our musician heroes are reaching that certain age, may they all rest in peace.

In addition, the list misspelled The Cars’ Ric Ocasek, adding a “k” as well as Latin star Camilo Cesto as “Camile.”

Trombone Shorty, Orleans Avenue and Preservation Hall Jazz Band provided a New Orleans second-line funeral feel to the roster, which felt especially poignant this year due to the tragic death of Kobe Bryant, ending with a 15-second long take of Dr. John.

The show itself included musical tributes to the late L.A. rapper Nipsey Hussle and Prince, who died in 2016, but is the subject of a Grammy special to be taped Tuesday night.

The Recording Academy does include a more comprehensive list of those who have passed on its website. “The televised ‘In Memoriam’ segment is meant to only highlight some of the artists who died this year, not necessarily all,” said a Grammy spokesperson.

The full list of musicians and executives was also included in the official 62nd Grammy Awards program.