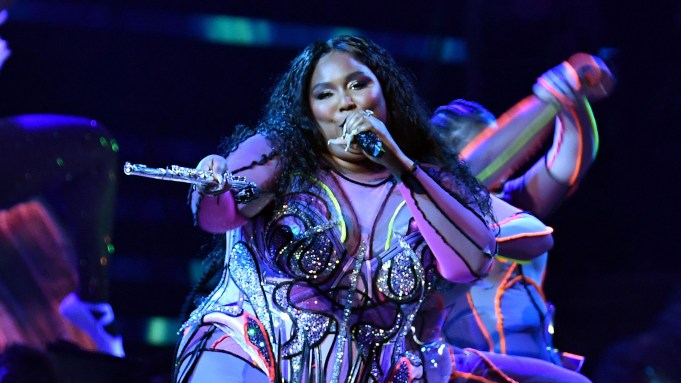 Truth be told, there was little to be found in the 2020 Grammy results that could be considered a major shock to those prognosticating these things. The big question going into the evening was: Would Billie Eilish win it all, or just almost all? Often, the Recording Academy likes to spread the love a little more, but not this time — they were saving all their love for her. Certainly it wasn’t an “Adele triumphs over Beyoncé — sorry about that!” kind of year. Still, there were a few wins and losses that did take us at least slightly by surprise.

No one expected him to make a clean sweep of the six categories he was nominated in — and for a normal freshman artist, two wins might be considered a healthy takeaway. Lil Nas X is not a normal freshman artist, of course. Although it seemed likely that he’d lose to Billie Eilish for album and song of the year, the record of the prize year was still widely viewed as belong to “Old Town Road” for the taking. But as “Despacito” before it found out, being the biggest single of the decade — or in Lil Nas X’s case, of the century — is no guarantee of a single thing.

Eilish won in five of the six categories in which she was nominated (Overall, her project won seven out of eight, counting the two categories where her brother, Finneas, was nominated apart from her as a producer and engineer.) This didn’t leave a lot of room for Lizzo to sneak in in any of the five categories that had the two of them nominated together. But Lizzo did prevail — not in record, album or song of the year, but a “lesser” category, best pop solo vocal performance. Why did voters think “Truth Hurts” was better than “Bad Guy” in that division but not better as record of the year? Go figure.

SNUB: Lizzo, the night’s most nominated performer, loses in more categories than she wins.

It would have been nice if Lizzo came away from the Grammys with an even bigger look, but the love for Eilish wouldn’t allow it. As the most nominated performer, Lizzo won in just three of her eight categories, none of them the “top” ones; besides the surprise win over Eilish for pop solo vocal, she also won for urban contemporary album and traditional R&B performance. But there’s no reason to lament how the night went for her, really. By rocking the key performance at the top of the show and then immediately following it with the night’s most memorable, Kobe Bryant-themed acceptance speech, Lizzo surely burned her way into the brains of viewers who’ll think she commanded even more of the evening than she did.

It seemed odd that Costello was nominated against Barbra Streisand, Michael Buble, Andrea Bocelli and a John Legend Christmas album in the traditional pop category. His “Look Now” album was not one of his harder rocking efforts, and its sounds did hark back to the pop of the ‘60s as well as musical theater. But, great as it was, it still seemed wildly out of place here. Which is maybe why it prevailed: The other four candidates may have split votes among Academy members who really do favor Great American Songbook-type sounds, leaving anyone who likes a bit of edge— i.e., honestly, most voters under 65 — to vote for Costello.

At an appearance at the Grammy Museum last fall, the filmmaker made it clear that he would really, really like a Grammy to go with his Oscars, and the “Once Upon a Time in Hollywood” soundtrack, heralded for its smart curation of late ‘60s pop songs into a web of vintage KHJ airchecks, seemed like the place it would happen. But maybe “curation” is the key word — Grammy voters favored an album of all-original material, “A Star Is Born,” over a savvy collection of needle drops. “Rocketman” could have been a contender here, too, with one new Oscar-nominated song to justify its freshness, along with the Taron Egerton remakes. but the Academy wasn’t willing to forget the album that included “Shallow,” even if it did have the handicap of coming out literally one week into the nomination period 16 months ago.

Nelson is an established Grammy fave, of course, but his “Ride Me Back Home” hadn’t gotten a lot of attention, whereas fellow best country solo performance candidates Tucker, Tyler Childers and Ashley McBryde had all been significant critical favorites during the year, and Shelton’s “God’s Country” had snuck in there as the lone commercial blockbuster. But when you’re Willie, it may not matter if your tune had a little less attention going in.

H.E.R. was quintuply nominated, and although she had no real shot of prevailing in album, record or song of the year against Eilish, it was still a bit of a surprise that she couldn’t muster a win for either R&B song or R&B performance. The Grammy committees love her, and last year, so did the general membership, to a greater degree; she won in two out of five categories at the previous ceremony.

Bareilles is rarely if ever referred to as an Americana artist, per se, which is why it was a surprise to see the Grammy blue-ribbon committees decide that her “Saint Honesty” was a “roots” song and not a pop song. You could see the reasoning, in that it is a gospel-tinged ballad. Maybe it even makes more sense than Yola’s nomination: Her “Faraway Look” song, while gorgeous, is more classic pop than it is particularly rootsy. (Yola’s also not American, although technically the category name shouldn’t be taken that literally.) Nonetheless, this one seemed like Yola’s to lose.

SNUB: Yola, one of the year’s most acclaimed freshman artists, goes 0-for-4.

There’s still room to debate the pros and cons of the Grammys’ committee system, which has come under fire again in the wake of the Deborah Dugan controversy. One of the pros is that someone like Yola, who didn’t come into the nominations with a super-high profile, was able to raise that profile with four nods. But maybe the wider membership still couldn’t be bothered to listen to her superb breakthrough album? It wasn’t a surprise that she lost best new artist to Eilish, but it did seem slightly odd that someone this justly celebrated couldn’t score a win for best Americana album, American roots performance or roots song.

SURPRISE: Anderson Paak wins everything he’s up for.

Paak getting two Grammy wins, for best R&B album and best R&B performance, might not have been a surprise if he had gone into the ceremony with more than two nominations this year. His album was a modest hit, but probably few people expected him to beat the more strenuously nominated H.E.R. and Lizzo when he just barely squeezed into the pack to begin with.

There’s a lesson in here somewhere, maybe: Skip the Grammys, as Grande did last year after publicly dissing the show after a performance disagreement, and win a Grammy. Make up with the Grammys and perform at the show… and get no Grammys. Grande was up for five, but you can’t really call it a complete surprise that she was shut out. All right, maybe there’s no lesson to be had there, after all: She just had the bad fortune to have made a terrific blockbuster album in the same year that Eilish made a terrific blockbuster album and was the year’s zeitgeist queen. (Billie pretty much acknowledged as much in singling out Grande from the podium.) Grande is on such a roll, Grammys aside, that it shouldn’t be too painful for her to say “thank you — next year.”