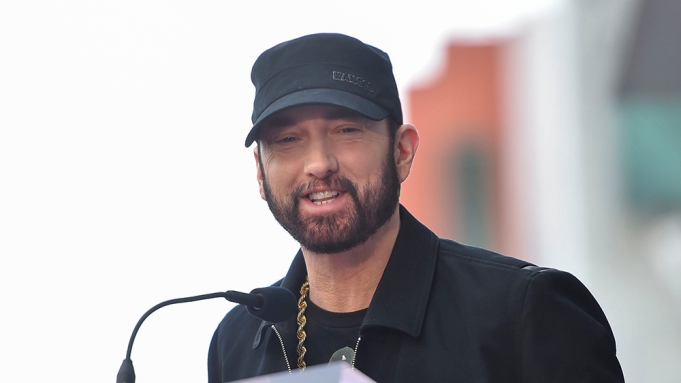 Some of Michigan’s favorite sons are vocally supporting the Biden-Harris campaign on the day before the presidential election. Just hours after an ad in which Stevie Wonder calls upon residents of his home state to support the Biden ticket, an ad for the campaign featuring Eminem’s “Lose Yourself” — a song he rarely licenses, let alone for a political causes — was released.

The song is edited to fit the 45-second ad — which is titled “One Opportunity” — but otherwise appears intact: “Look, if you had one shot, or one opportunity to seize everything you ever wanted in one moment,” the song begins. “Would you capture it or just let it slip?”

The Oscar-winning song, from the 2002 Eminem-starring film “Eight Mile,” is about a young rapper seizing a career opportunity.

But here, it’s a call to arms for the campaign from an artist who has criticized President Trump on multiple occasions, both in songs, in freestyles and in interviews — to the extent that he was even interviewed by the Secret Service, which took some of his lyrics more seriously than intended.

The incident was revealed last year via documents obtained under the Freedom of Information Act by Buzzfeed News, which stated that Eminem was indeed interviewed by Secret Service agents in connection with his lyrics about Trump and his daughter Ivanka, specifically in the song “Framed,” from the “Revival” album, and Eminem’s scathing anti-Trump freestyle aired during the BET Awards in 2017.

Agents met with Eminem on Jan. 16, 2018. In the most entertaining segment of the report, it recounts that when agents began reading the lyrics of the freestyle, “Mathers was familiar the song and began rap along with the interviewers as the verse was read.”