Dark Side of the ‘Dune’: How the Movie’s Trailer Landed That Pink Floyd Cover 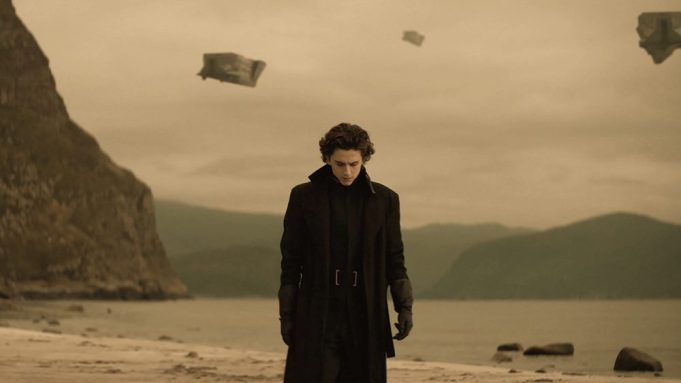 The trailer for “Dune,” the upcoming adaptation of the Frank Herbert sci-fi classic, has introduced a 47-year-old Pink Floyd song to thousands, if not millions, of new listeners.

That director Denis Villeneuve chose “Eclipse,” from the English band’s 1973 “Dark Side of the Moon” album, as the key musical element in the three-minute video, came as a surprise – especially considering most trailers are not scored by the film’s actual composer, much less a specially tailored cover of a classic rock song.

“Eclipse” was written by Roger Waters whose publishing is with BMG. Says Allegra Willis Knerr, senior vp of synch licensing at BMG U.S.: “Licensing this iconic track was a highly collaborative operation involving multiple departments and territories across BMG. Our Synch team got involved early in the process when the studio first showed interest in ‘Eclipse.’ We wanted to get this in front of Roger Waters and his team as quickly as possible. All of us could sense this had the potential to be something very special. We’re absolutely thrilled with the final result and enthusiastic reaction to the spot.”

“Dune” composer Hans Zimmer confirmed that he conceived the new version for the trailer, although he declined Variety’s request for an interview about it. He did, however, tweet the film’s signature ad line (“beyond fear, destiny awaits”) and his excitement (“this is a childhood dream come true for me!”) on the morning of Sept. 9, the day the trailer dropped.

A 32-voice Los Angeles ensemble gathered, four at a time over eight sessions earlier this summer, at Zimmer’s Remote Control studio in Santa Monica, under the direction of the composer’s “Lion King” choral contractor Edie Lehmann Boddicker. Twelve performed the lyric lines from “Eclipse,” as well as the choral parts with the remaining 20. (Zimmer congratulated Lehmann Boddicker and several other music colleagues on Facebook that day.)

Lehmann Boddicker characterized the group as a “who’s who” of L.A. session singers and noted that Zimmer (FaceTiming from his home studio) supervised and made suggestions throughout the sessions.

“He wanted to pay homage to the original, very back-phrased sound, a little spaced-out, so the vocals would not sound urgent,” she says. “There’s a kind of joy happening in the track, a lot of hopefulness. It’s not despondent, just very peaceful and sounding not of this planet.”

“We followed all the [COVID-19] protocols,” Lehmann Boddicker adds. “Everybody wore masks except when they were in their separate cubicles, divided by glass, all with their own mic’s, and everything was wiped down between sessions.”

Although the choir sang the entire song, only 13 lines are used in the trailer: the beginning (“all that you touch and all that you see…”), the middle (“and all you create and all you destroy…”) and the end (“everything under the sun is in tune but the sun is eclipsed by the moon”).

The outer-space milieu of “Eclipse” is not the only reason for its use. Chilean-French director Alejandro Jodorowsky, in his lavish, now legendary but never-realized plans for a “Dune” film in the mid-1970s, approached Pink Floyd about writing the score. Villeneuve hasn’t explained the choice, but may be signaling fans that he is aware of the checkered but fascinating history of “Dune” adaptations and attempts.

“Dark Side of the Moon” is among the most popular albums in the history of rock, having sold an estimated 45 million copies worldwide and certified “15x platinum” by the RIAA. Alpha Data indicated that digital sales of “Eclipse” increased by 1,750 percent after the song’s appearance in the trailer. The trailer itself has been seen more than 22 million times in just seven days.

Also congratulated by Zimmer on social media for their roles in creating music for the “Dune” trailer were programmer Steven Doar, Chinese-American cellist Tina Guo, Colombian bassist Juan Garcia-Herreros and English guitarist Guthrie Govan – essentially confirming what he told Variety in June: “I can keep a lot of musicians busy – in Australia, in Europe, in England, in America. I’m sort of working on four continents. Time zones are not my friend right now.”