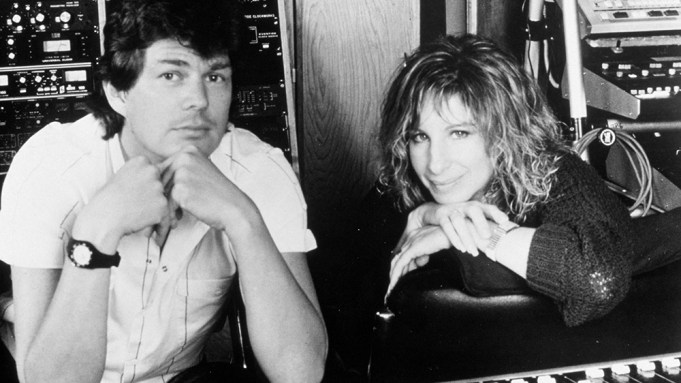 A long line of iconic artists were interviewed for a revealing and intimate documentary about Grammy Award–winning composer and producer David Foster. “Off the Record” tells the story of the Victoria, Canada native, who started as a session player for such productions as the “Rocky Horror Picture Show” and went on to helm many multi-platinum albums.

It was as a keyboardist that Foster was discovered by Barbra Streisand in the 1970s, as the singer herself recounts in this exclusive clip (watch it above). The two would later collaborate on 1985’s massive “The Broadway Album.”

Others featured in “Off the Record” include Celine Dion, Quincy Jones, Michael Bublé, Josh Groban, Andrea Bocelli, Clive Davis and Chicago. The film was directed and produced by Barry Avrich and executive produced/produced by Randy Lennox.

The documentary delves deep into Foster’s career, revealing how he came to work with Whitney Houston on “The Bodyguard,” the ways in which he battled the band members of Chicago, how he challenged Céline Dion to reach her highest vocal range and where he discovered Michael Bublé (at a wedding). It also doesn’t shy away from his personal life, detailing his past marriages to Linda Thompson and Yolanda Hadid (of the latter, he insists it was not her battle with lyme disease that broke them up, but won’t reveal the reason) and peeking inside his current life with wife Katharine McPhee. However, Foster dismisses his reality TV career after appearing on such shows as “Princes of Malibu” and “The Real Housewives of Beverly Hills.”

The film arrives at Netflix on July 1.