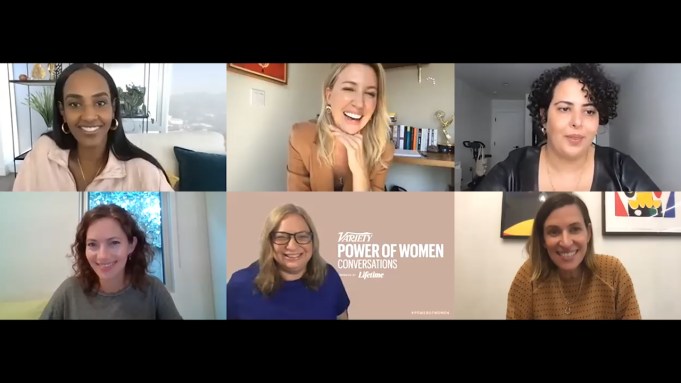 For Ethiopia Habtemariam, president of Motown and EVP of Capitol Music Group, being a woman and leader in the music industry means a more compassionate approach to all aspects of the business. In the world’s current climate — with the COVID-19 pandemic still raging on and the fight for racial justice at an all-time high — she believes this quality is needed more than ever.

“There is something about the level of empathy that we have as women, right? An emotional intelligence to really be there for our teams during this time, and the need for that,” Habtemariam said during Variety‘s Power of Women: Conversations, presented by Lifetime. “People look to the places that they work more now than ever, to have that level of understanding and a place to lean on in the midst of everything that’s happening in their world or at home.”

In addition to Habtemariam, the panel consisted of Ty Stiklorius, manager to John Legend, Charlie Puth and more; Fadia Kader, head of strategic partnerships of music at Instagram; Carianne Marshall, co-chair and COO of Warner Chappell Music; and Jenifer Mallory, EVP and general manager at Columbia Records. Together, they discussed gender disparity across the music industry, what they look for in a leader and how the business can change for the better.

Stiklorius pointed out that although generous strides have been made, staggering gaps still exist concerning the exposure that female artists receive compared to their male counterparts. This pattern was already apparent in radio with major stations refusing to enforce an equal split of the songs they play by female artists versus male artists, but it also exists within the digital age’s music giant: streaming.

“We’re seeing clear bias from whoever’s coming up with the playlist,” Stiklorius said. “Having managed Alanis Morissette at one point, I remember looking at Spotify and seeing the rock in the ’90s playlist. I counted out of 160 songs on the rock in the ’90s playlist, only six of them were women and Alanis Morissette was not even on it. And she has the biggest selling rock album of all time for women.”

Stiklorius added: “We’re going to keep seeing bias in these spaces unless we constantly hold ourselves accountable to the data and understand where we are.”

Though there is still a ways to go in terms of equaling out airtime for female artists, women in the music industry workplace are beginning to dominate. Mallory reported that Columbia Records’ workforce consists of 52% women and 48% men, and they are working on ensuring more women ascend to executive positions.

“I think we have a lot of women across the organization in positions of leadership. Our head of publicity, our head of branding, our head of sync, our head of international,” Mallory said. “But it’s important that myself and Ron [Perry] and the senior team are making sure that it’s not just obviously junior level positions, that we’re making sure that the women are rising in the ranks alongside the men, which I think is happening, and it’s my job to continue to shepherd it to happen.”

When asked what she looks for in a leader, Warner Chappell Music’s Marshall said curiosity is key.

“A bit of fearlessness, that assertiveness which isn’t foolishly consistent, and curiosity. I think all of us probably have met young people who are really smart, but don’t ask any questions or don’t seem to be interested in anything outside of the lane that they’re in,” Marshall said. “And it doesn’t mean that they can’t be successful. But to me, being a leader means really wanting to understand the world, and continuing to understand and push your knowledge base. I think that’s important.”

But Kader — who is the only woman on Instagram’s music team — stressed that once one becomes a leader, they must use their resources to help those underneath them flourish and grow into leaders themselves.

Watch the full panel discussion above.