Cardi B Is Over Being Pitted Against Other Female Artists: ‘Why Does It Even Have to Be Like That?’ 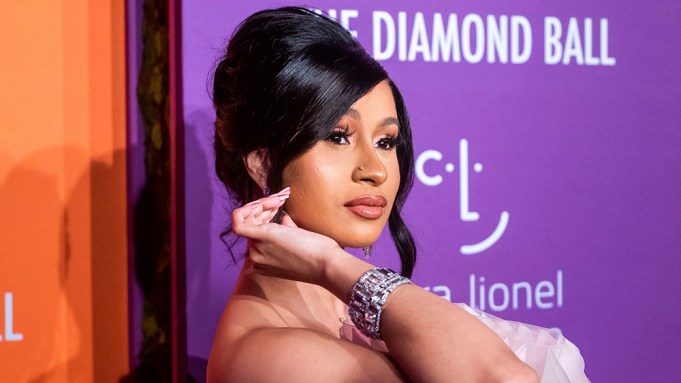 Cardi B took over Apple Music’s “New Music Daily” to discuss the state of women in the music industry and her latest single, “WAP,” featuring Megan Thee Stallion.

The conversation also included Rubi Rose, Sukihana and Mulatto, who were all in the song’s new music video, and moderator Nadeska.

Cardi touched on the negative perception some people may have about her lyrical content on the show, given that the new track’s title stands for “Wet Ass P—y.” She said many who claim to dislike her choice of language still listen and secretly support her. She also noted that there are many other female rappers who don’t use the same language as her that people with reservations could listen to instead.

Much of the conversation followed a similar topic, with Cardi discussing the cultural tendency to pit women in music against each other.

Her influences growing up came in the early 2000s, back when she saw multiple visible female rappers. But a period of time soon came where she said women were not recognized as a successful part of the genre.

But with the increasing relevance of social media, she said it’s easier for new artists to connect and resonate with fans who might relate to their music. With the ability to directly reach people, new artists have the capability to bypass traditional routes to success.

And social platforms promise hope for a lasting presence of women in the rap game.

And the women aren’t even competing for each others’ spots, Cardi added. Some of the rappers, like Sukihana, have children and can be relatable to listeners with similar experiences, while others like Megan Thee Stallion might appeal to people with different stories.

“Everybody came in the game kind of similar, but kind of different as well. So everybody has a different story and it’s dope that different type of girls could relate to a certain somebody, cause not everybody’s going to be able to relate to me.”

The full Apple Music conversation was made available on Aug. 7 at 9 a.m. PST.