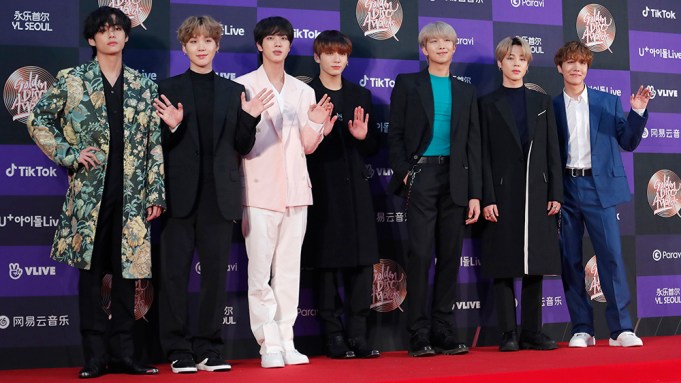 Some two weeks after releasing “Map of the Soul: 7 — The Journey,” BTS’s fourth Japanese studio album, the band is set to return with new music, this time in English.

Columbia Records gave the BTS ARMY a pleasant surprise on July 28 by posting a countdown and link to the date of the record’s release, Aug. 21.

Then on August 3 (KST), Big Hit Entertainment took to Twitter to share the title of their upcoming single, “Dynamite.”

The rollout follows a different trajectory from their past records as it’s the first time the band shared a release date ahead of an official announcement from the label.

The reveal came in tandem with a BTS store for “Dynamite,” featuring MP3 versions of the track and its instrumental, along with a limited edition vinyl and cassette versions. Both physical products, which the site note count towards SoundScan sales and chart position in the U.S.,  sold out within an hour of going live.

BTS described the creation of “Dynamite” as a “new challenge.” “We also needed a breakthrough during these unforeseen times, so we worked on this new song. … When we first heard and recorded the song, we were energized and our spirits were lifted up. We can’t wait to share this song with you all and enjoy it together.”

BTS has remained active during the global coronavirus pandemic by headlining YouTube’s 2020 graduation event, providing fans access to their past shows and streaming a live concert that broke viewership records. In June, the group also donated $1 million to Black Lives Matter, which the ARMY matched within 24 hours.