BTS to Launch Group’s Fourth Film in Theaters Next Month, With Staggered Rollout 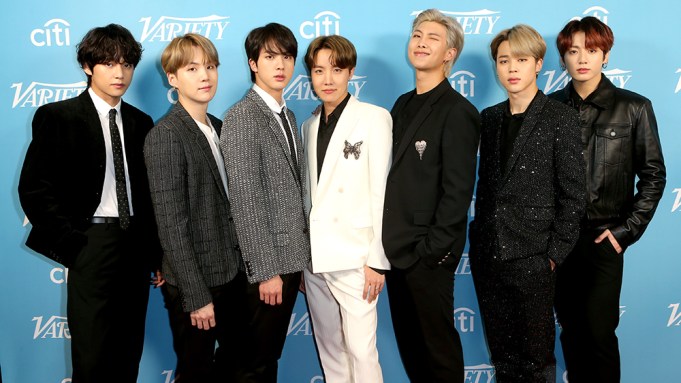 BTS’ fourth theatrical film will, in fact, go to theaters, the group announced Thursday, notwithstanding uncertainty about how many of the world’s cinemas will be reopened by the initial release date. “Break the Silence: The Movie” is scheduled to hit more than 70 countries beginning Sept. 10, with a rollout in an additional 40-plus regions Sept. 24.

A list of which regions are expected to have “Break the Silence” on which date has gone up at www.btsincinemas.com, with the announcement inevitably cautioning that “dates vary per territory and (are) subject to change based on the status of local cinema re-openings.”

The U.S., Canada, Mexico, Brazil, India and over 40 countries in all are listed for the later release date on Sept. 24. The list of territories getting the new film earlier, on Sept. 10, is much longer — more than 70 in all — and includes Korea, the U.K., Japan, Spain, Russia, Italy, France, Thailand and dozens more.

Moreover, producers seem to be banking on BTS fans wanting to use that pent-up energy from the lockdown to return to theaters multiple times in the coming weeks, as the group’s previous feature film, “Bring the Soul: The Movie,” will also be brought back to theaters globally for three nights at the end of August.

“Break the Silence” chronicles the “Love Yourself: Speak Yourself” world tour, which took place in venues from Wembley Stadium to the Rose Bowl, and will include concert and behind-the-scenes footage.

“We’re delighted to partner with Big Hit Entertainment on the release,” said Marc Allenby, CEO of Trafalgar Releasing, promising a movie that “gives fans extraordinary access to both their first international stadium tour and all seven members of BTS. We look forward to welcoming the ARMY back to cinemas for a fourth time for this must-see BTS big-screen experience.”

The company reports that last year’s “Bring the Soul: The Movie” — which will return to theaters Aug. 28-30 — sold 2.55 million tickets and did $24.3 million of box office in 112 territories in its initial run. A sneak preview of the new film will accompany the one-weekend re-release of its predecessor in theaters.