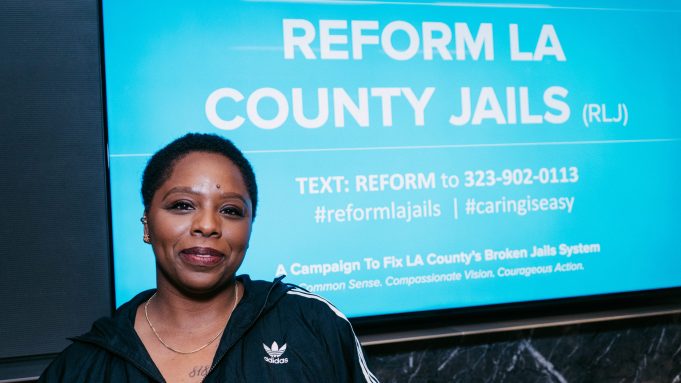 Black Lives Matter has a purview much larger than the music industry, but the issues it addresses are front and center on Blackout Tuesday (June 2), in which the music business is essentially stopping everyday operations in a show of solidarity, and to seek ways to create change.

In tandem with Blackout Tuesday, the collective Movement 4 Black Lives, a coalition of more than 100 black-rights organizations, is launching a “five days of action” in an effort to fight systemic racism. Part of the effort is an “open demand” letter signed by Lizzo, John Legend, Taraji P. Henson, Natalie Portman, Jane Fonda, ACLU executive director Anthony Romero, and more that aims calls for a stop to increases on police budgets and to increase spending on health care, education, and programs for black communities. (Read the letter here).

How can the music industry help support the community and work toward positive, both on Blackout Tuesday and after?

I think it’s so powerful that the industry is taking a pause tomorrow to honor the movement in this way, it’s a really huge show of support. We’re also in a moment where many people can really examine how law enforcement is impacting the community, and what they can do specifically to create a new way of being when it comes to law enforcement — and what I mean by that is, one of our central demands right now is defunding law enforcement, reallocating those monies that it has received throughout the years and giving it back to the communities. Here in Los Angeles alone, the City Council spends 54% of its budget on the LAPD — that is an exorbitant amount of money going toward one agency, especially when other agencies’ budgets either don’t increase or are cut every year.

When you say “defund,” you mean lowering its budget, not doing away with it entirely?

What can the music community do to help with these initiatives?

They need to be following the work of the local organizations. In L.A. you have groups like Black Lives Matter L.A. and Justice L.A. and Reform L.A. Jails that are on the front lines in challenging the police and the prison state. These are the groups that are going to be working with the people who are [demonstrating] and expressing their hurt and pain now, and showing them how to organize. But those are just a few — pick an organization and put your money where your mouth is.

We’re looking at all the black musicians who are showing up and standing up — like Lizzo, who I just had a phone call with yesterday. She’s excited about joining, and [last week] she was up in Minneapolis protesting outside the fourth [police] precinct. There are a lot of folks — we’re really close with Boogie, from Compton. There are a lot of musicians joining our movement and showing up in an authentic way.

But we need every single musician —black, white, Asian, whoever — to show up right now. We’re not going to change what’s happening between law enforcement and black people until everybody shows up to change it. I just got a call from the general manager of Motown Records, and he wanted to support the work that we’re doing. That’s one of the first organizations or companies that has contacted us directly.

We’re going to be launching a website for the movement for Black Lives, a collation of organizations across the country, and also “Five Days of Action” that is starting later today. We really want to direct people to ways they can take action every single day, and we’re really excited to continue to provide leadership in this moment.

And let me just say that while it’s very important that we’re talking about police violence, we also must talk about mass incarceration. This is a really important opportunity to link those two issues and we’re deeply involved with them both. We are still living under Covid-19 and fighting to make our local officials be more responsive to the needs of people who are incarcerated in the country jail system.