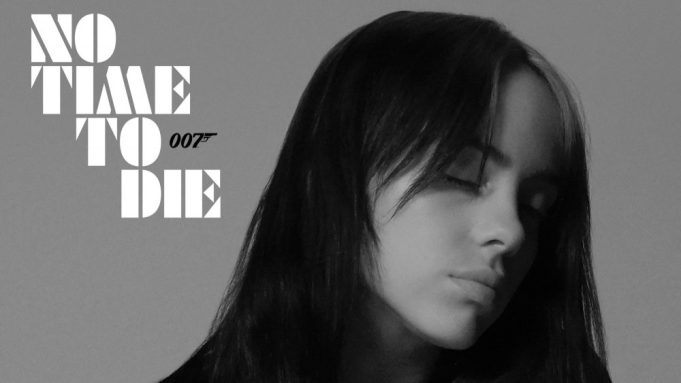 With six Grammys, 13 platinum singles and one of the biggest debut albums in recent memory, Billie Eilish has already conquered the music world and has moved on to film. After performing a unique take on the Beatles’ classic “Yesterday” at the Academy Awards last weekend, the singer has dropped the theme song to the forthcoming James Bond film “No Time to Die,” which comes out April 10. The song is the second she and brother/musical collaborator Finneas have dropped since the spring release of her blockbuster debut full-length, “When We All Fall Asleep, Where Do We Go?,” after “Everything I Wanted,” which dropped late last year.

“No Time to Die” is slow and ominous, with Eilish flexing the high, quavery register of her voice in a way not unlike her take on “Yesterday.” But the Bond-ian touch comes when an orchestra swells in the background, gaining intensity as the song progresses before it closes with a twangy guitar chord that subtly evokes the Bond themes of the ’60s.  The song includes legendary Smiths guitarist Johnny Marr, with orchestral arrangements by Hans Zimmer and Matt Dunkley.

Eilish, the youngest artist ever to write and record a Bond them, will perform the song for the first time at the Brit Awards in London on Feb. 18.

Interestingly two of the most recent Bond themes — Adele’s “Skyfall” and Sam Smith’s “Writing’s on the Wall” — are the only songs from the films to win Best Song Academy Awards.

Later this year, Apple TV will release a documentary on the singer that has been nearly four years in the making. Indeed, when Variety was embedded with Eilish’s fall tour for a December cover story on the singer, a video crew followed her nearly everywhere.

Eilish — who was Variety‘s Hitmaker of 2019 — swept the top Grammy categories last month, becoming the youngest (and only the second) artist in history to win the big four: album of the year and pop vocal album (for “When We All Fall Asleep, Where Do We Go?”), record and song of the year (for “Bad Guy”) and new artist. (Christopher Cross is the only other artist ever to sweep the big four categories, in 1981.) She lost only pop solo performance (to Lizzo, for “Truth Hurts”). In total, Eilish, 18, and O’Connell, 22, took home six of the seven awards they were nominated for.

The theme song “Writing’s On the Wall,” for the last James Bond film, “Spectre,” was performed by Sam Smith, while Adele performed “Skyfall” for the movie of the same name.