Billie Eilish Slams ‘All Lives Matter’ and White Privilege: ‘This Is Not About You’ 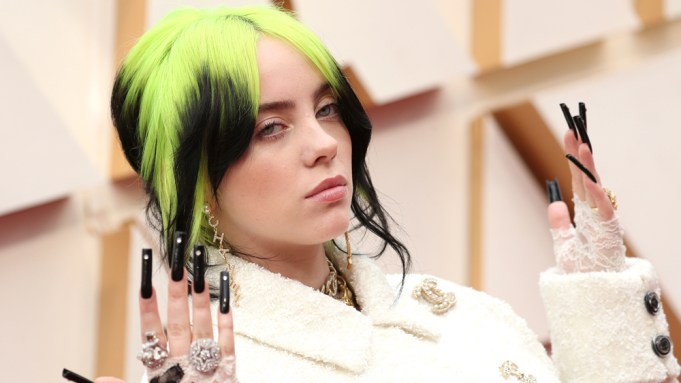 Following the death of George Floyd, Billie Eilish shared a passionate message to her Instagram followers calling on her white fans to recognize their privilege.

The lengthy statement, posted Saturday morning, was captioned with the hashtags #JusticeForGeorgeFloyd and #BlackLivesMatter. Eilish’s outrage at Floyd’s death is clear in both her words and the fact that much of the message was written in all caps.

“I’ve been trying to take this week to figure out a way to address this delicately,” Eilish wrote. “I have an enourmous [sic] platform and I try really hard to be respectful and take time to think through what I say and and how I say it… but holy sh– I’m just gonna start talking.”

Eilish directly addressed people who use the slogan “All Lives Matter” to invalidate the #BlackLivesMatter campaign and ignore the ongoing police brutality that black people experience in the U.S.

She then used several metaphors to help get across her point that black people are in need of a movement such as #BlackLivesMatter to help prevent injustices based on their race, whereas white people are not.

Eilish ended the post by pointing out a few of the ways in which white privilege pervades society and causes people of color to face persecution in much higher numbers.

“If all lives matter why are black people killed for just being black? Why are immigrants persecuted? Why are white people given opportunities that people of other races aren’t?” Eilish said. “Why is it okay for white people to protest literally being asked to stay at home while carrying semi-automatic weapons? Why is it okay for black people to be called thugs for protesting the murder of innocent people? Do you know why? White. F—ing. Privilege.”

With her statement, Eilish joins a slew of other celebrities who have spoken out about George Floyd’s death, including Kim Kardashian and Taylor Swift.